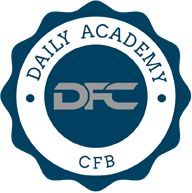 So, you have checked your Vegas lines, reviewed the slate, browsed the injury reports, and now you are finally ready to start putting together some lineups. You click the lobby, look around, and notice a tournament you want to enter, click. Now you're ready to go head to head with 20,000 other competitors all seeking the same prize you are. This is where diversification and your understanding of a GPP play compared to a cash game will come in handy. Entering a safe cash game lineup will certainly allow you to cash in a large field tournament, but unless you hit the absolute highest scoring popular plays, your odds of taking down that first place prize are pretty slim.

The majority of cash games will consist of head-to-head matchups and 50/50 tournaments. These are games in which you will always just need to beat out half of your competition to win cash back. Because cash games are easier to win, your strategy will be a little different than trying to win a large tournament. In a cash game your goal will be to produce a team that is well balanced and has the large floor of all players, meaning at their worst, they are still going to produce fantasy points.

Another thing to keep in mind with cash games is never worry about what your opponent may have or the percentages of a player owned. If you and 75% of other people roster the obvious pick of the day, the worst that happens is you now have an edge on 25% of people. If somehow that player has a bad day or injury, you're in the same boat with 75% of other players. Just try not to get too cute in cash games and you should see yourself cashing in many of your double-up tournaments.

Also, make sure you know the amount of pay spots. Knowing whether the top 15% or just the top 10% cash in a tournament may help you make some decisions.

Now, don't confuse cash game plays and GPP plays as totally separate beasts. There can be situations where several great plays in a cash game are also great plays in a GPP. No player is ever 100% owned and in a 25,000 person tournament even the best of plays on paper will still only be 25-30% owned. If you feel someone is a sure thing, then that is the guy to lock in first and build the rest of your roster around. Remember the primary goal in a GPP is to be able to separate yourself from the rest of the field with a few low percentage plays.

A common term in the daily fantasy community is a 'chalk' play. This is a play that sticks out to you the second you look at a slate of games. It's the one everyone is talking about, the obvious pick, the high Vegas total pick, the guy you click into your lineups first. There is nothing wrong with this guy. Odds are this guy will even be the highest scoring player at the end of the day, but managing percentages and your salary is what make this play volatile when playing in large field tournaments.

For example, let's say this week's DraftKings top play is a Quarterback priced at $9,500. He is by far the best player on the slate, but is also the most expensive. Let's also say he ends up being 25% owned.

If our tournament size is 20,000 people, that means 5,000 people will own him. That also means those 5,000 people are only working with $40,500 for the rest of their roster. That equals out to be around $5,000 per player for your next 8 roster spots. With a limited budget off the top, your quality of players you will be rostering has already been limited from top-tier options, to middle-tier options.

Another way to think about this situation is the higher a percentage owned on a player who costs over 20% of your budget, the higher the percentage is driven up on cheap value plays at that position. So if you roster Player A at $9,500, odds are Player B (your QB2) is going to be someone $7,000 or below to still give yourself the option of rostering top-tier players at other positions. That Player B is also going to see a slight rise in his percentage owned as he is the most ideal match with your high priced Player A.

You can use advanced data like this to predict the way some rosters will be set up to help you differentiate yourself. If there is a popular top-tier play and a popular low-tier play, you can safely assume you aren't the only one with this knowledge. If you are willing to take time to deconstruct from these two plays alone, you can find yourself a potential edge in a GPP style tournament.

The above example was for quarterbacks but this is a strategy that can be used for any position. If you have put in the time to look at the three highest projected scoring games from Vegas lines and then wrote down the three to five best players from those three games, you can assess hypothetical percentages to each of them. If you think a top-tier high priced player is going to be over 20% owned in a large tournament, you have to make the decision on whether or not that is a percentage you want to buy in to. If you don't and he has the highest scoring day you're going to be pretty far behind 20% of the field. But if you don't roster him and he has a mediocre day, you're going to have a gigantic edge on 20% of the field. The point being, the sure thing 'chalk play' may be the key to winning or losing in a GPP and sometimes not rostering that player can be as beneficial as starting him. Make sure to pay attention to weather reports, Vegas trends, and injury reports to further your edge in your decisions.