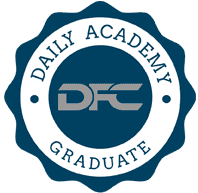 In order to win or finish highly in GPPs, you'll have to amass more points than gigantic fields of daily fantasy gamers. These fields are mixed with experts and novices, and in order to best them, you'll need to take risks and embrace variance. Going against the grain and finding the under-the-radar players whobreakout on a certain day, or week in the case of the NFL, is the key to winning big. Different sports have more nuanced strategies that are also important to understand and utilize in GPPs.

Making GPP player selections that veer from the field, or making contrarian picks if you prefer, is essential for finishing near the top of the standings. That's not to say every player projected to be on a high percentage of daily fantasy GPP rosters should be avoided, but it does mean that it's necessary to find ways to distinguish your roster from the rest. Usually the best options for creating variance are boom-or-bust players.

In baseball that might mean selecting a low batting average hitter that strikes out a lot but has big home run power. In football it could mean selecting a talented player in the Monday Night Football game that projects to be a game-time decision. It's easy to avoid a potential bust player, but taking a calculated and sometimes uncomfortable risk chasing upside will put you in a position to race past other GPP gamers in the standings if your pick explodes for a big game.

The majority of GPPs allow multiple entries. Entering multiple teams into a GPP gives you an opportunity to get exposure to a greater mix of your primary and secondary picks. It also allows you to take more chances as only one of your teams needs to finish high in the standings to provide a sizable return on your investment.

A viable strategy for entering multiple lineups can also include player overlap between many rosters in an attempt to cash multiple teams. Having a ton of player overlap between teams reduces the odds of having one team finish atop the GPP, but it does increase the odds of cashing more teams. You'll need to set goals as to what you'd like to accomplish in order to determine which multi-entry strategy is optimal for reaching them.

When setting goals you'll need to understand the payout structure for the GPP you're entering. Is the payout for reaching the last few tiers of payouts worth attacking with multiple rosters, or are the payouts structured so top heavy that shooting for the moon with a variety of rosters is optimal? Having an understanding of the payout structure will help dictate the best best multiple lineup entry strategy.

Stacking is not a strategy that is ideal for every sport. It makes little sense to stack in NBA daily fantasy, but it is a huge part of MLB daily fantasy and is also used in NFL games. To stack means to grab multiple players from the same team, and the thought process behind doing so is simple. The impetus for stacking is usually a favorable matchup for a team, and the projection of multiple big contributors from the same team.

Using the NFL daily as an example, if a highly ranked passing offense is facing one of the worst passing defenses in the league, grabbing the quarterback and a few of his top receiving options is a viable stack. Sometimes a stack is a little less obvious in NFL games, and that can potentially make it even more valuable to deploy. For instance, if a middle of the pack pass offense is facing a porous pass defense, a stack of cheap options as opposed to the likely expensive options from the previous example will allow for bigger spending elsewhere on your roster.

Matchups in MLB daily fantasy can also create an ideal situation for stacking. If a left-handed pitcher who struggles with right-handed batters is facing a team filled with talented right-handed batters who hammer southpaws, stacking is an option. It's not just matchups that dictate when stacking is wise in MLB games. Ballpark factors are also important to consider. A game played at Coors Field is a much more favorable environment for stacking than one played at AT&T Park. As was noted in the Rosters section of the Daily Fantasy Academy, websites have taken measure to curb stacking. These measures haven't completely eliminated stacking, but they have reduced it. That said, grabbing players from opposing sides of the same game in a friendly offensive environment can still yield big cashes.

If you want to win a GPP, you have to take risks and chase high ceiling players that might have a low floor. Compiling rosters that feature a variety of pricey superstars and lower priced gambles is something that can be done across all sports. The key to making this work is identifying which risky cheaper players can offset the pricier superstar core of your team.

For those that have competed in season long leagues that use an auction draft format, the idea is similar to building a "stars and scrubs" team. Superstars are expensive because they are the best players in their respective sport, but they're also expensive because they're more reliable than lesser players. Top GPP rosters need superstars on them, and figuring out how to use a handful of them that aren't overpriced requires determining which cheap options are usable.

The best "scrubs" are often reserves that are filling in for a benched or injured starter. In baseball a platoon player is often a cheap player who can provide salary cap relief for a gamer using an expensive starting pitcher. A backup running back unexpectedly thrust into starting duty for an injured RB1 makes for a cheap player who can counteract the large salary of a superstar quarterback in NFL games. A perfect example for NBA daily fantasy is using a reserve from the San Antonio Spurs who gets a spot start when coach Gregg Popovich chooses to rest his veteran starters.

The idea behind taking chances on risky players while loading up on superstars is fairly simple. Superstars are the most likely players to post huge fantasy scores on any given day/night, and increasing your exposure to them increases your chances at creating juggernaut rosters. It's important to remember, though, not all stars are equally valuable. Sticking cheap and risky players on rosters to overpay for a superstar is not advised. It all still comes down to making the most of your salary cap.