MLB Cash Game Picks is where you will find the ideal players for cash game contests. We tend to focus on high-floor players who produce more times than not. Be sure to check out the cheat sheets for more plays, while these are just a handful of top targets.

Team Totals - Lineup Spots Are Updated Throughout The Day

- Philadelphia-Cincinnati and Minnesota-Baltimore both have eight-run totals, which is highest on today's slate.

- L.A. Dodgers-Padres have a five-and-a-half run total, which is lowest on today's slate.

Yes -- I know Clayton Kershaw is very expensive, but he is definitely a guy to send your money on. He finished the 2015 campaign with a 1.99 FIP and a 33.8 K%, which ranked first among all pitchers. Not only did he lead the league in multiple categories, but he will be going up against a Padres' team that struggled big time offensively in 2015. The Padres' finished the year with a .298 wOBA (29th in MLB), .142 ISO (22nd in MLB), 22.0 K% (27th in MLB) and 601 wRC (29th in MLB). The three-time Cy Young award winner has a beautiful matchup and is the guy roster into your cash lineups.

Not only is Bryce Harper one of the best in the business (which makes him a great play every night), but he also has one sweet match-up going up against Julio Teheran. In 2015, left-handed batters devoured Teheran. They hit for a .297 AVG. (14th highest in MLB), 18 home-runs (seventh-most in MLB) and a .386 wOBA (fifth-highest in MLB) against him. Did I forget to mention that Bryce Harper crushed right-handed pitchers last season? He finished 2015 with a .354 ISO, .478 wOBA and 114 wRC (All ranked first in MLB). Harper crushes right-handed pitchers and Teheran gets blasted against left-handed hitters, so this is the perfect matchup for the 2015 MVP.

Daniel Murphy is another left-handed bat that I absolutely love in the Nationals' lineup today. Like I mentioned already -- Julio Teheran was one of the worst pitchers when it came to facing left-handed hitters in 2015, which makes Murphy an excellent play. He had a .342 wOBA against right-handed pitching last season and a .817 .OPS. He is a career .297 against lefties and 41 of of 61 home-runs are against right-handed pitchers.

Brandon Belt will be going up against Willy Peralta today, which provides him with a great matchup. Last season, Willy Peralta struggled versus left-handed hitters. He had a 5.22 FIP (14th-highest in MLB) and allowed a .376 wOBA (tenth-highest in MLB) against left-handed bats. Belt will get to hit in Miller Park today, which has allowed an average of 1.164 home-runs per game (seventh-most in MLB). He is a cheaper first base option on today's slate that could have a big performance. The Giants have one of the highest projected run-totals of the night, and Belt could have himself a great day.

Franco will be going up against the Reds today, which has one of the highest game-totals of the day at eight runs. This looks like one of the top games to target, so what better guy to roster into your lineup than the Phillies' No.3 hitter. He will be going up against Iglesisas today, who was inconsistent throughout the 2015 season, and finished with a 4.15 ERA. While he is a talented arm, he is not in comparison to most on the slate, yet... Franco will be playing at Great American park today, which had an average of 1.490 home-runs in 2015 (highest in MLB). Sure, Franco does not have that R vs L match-up, but he has hit right-handed pitchers better in his young career. He has a .658 .OPS vs LHP and .819 .OPS vs RHP.

The 33-year-old will be going up against Cole Hamels today, which provides him with a L/R match-up. In 2015, Gutierrez crushed left-handed pitchers. He finished the year with a .412 wOBA (20th in MLB) and a 298 ISO (10th in MLB). He has a .291 career average against southpaws, so don't let Hamels scare you away from Gutierrez. He has a great price tag and will allow you to pay-up for that high-priced pitcher or hitter you love.

Zimmerman is very affordable and will most likely be hitting clean-up for the Nationals. I touted Harper and Murphy earlier, so I will stick the guy that hits in-between them (Zimmerman). He hit for a .314 AVG in spring training with a 1.016 .OPS. He will be hitting behind Harper, so he will get plenty of pitches to hit. A healthy Zimmerman can be a dangerous one at the plate. If you are paying up for pitching (which you likely are), Zimmerman can be a bargain play with upside.

Herrera will be in a game that is projected to have an eight-run total (Phillies-Reds), so paying under 3k (FanDuel) and 3.5k (DraftKings), is definitely worth the investment. He will be going up against right-handed pitcher today in Rasiel Iglesias. In 2015, Herrera had a .382 BABIP, so some regression is due, but carried a .339 wOBA against RHP. Herrera is a nice cheap option in the outfield that has upside with his ability to swipe bags.

JasonG4s
Belt on FD is a steal today! 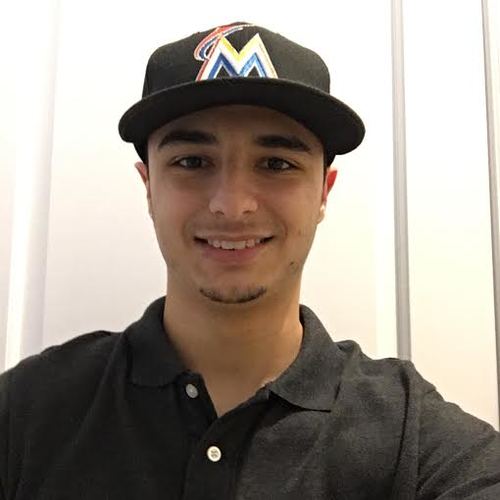 NRodriguezDFS
Tell me about it! Wish he had that generous price on DK as well..