Cash games typically reward high floor rosters. You don't need to score 60 points on FanDuel or 160 on DraftKings to win money. Instead you should aim for a nice base of around 40 and 120 points respectively. Our MLB Cash Game Picks will highlight the top pick and a value pick at each position for both platforms.

The games are split in an odd manner today. Five are early, eight are late, and two are in some sort of no man's land. We'll focus our attention on the evening contest. We've listed small sample 2015 numbers for today's pitchers. Note that the groundball rates should be taken with many grains of salt.

Hernandez is the top play of the day, and you'll pay for the privilege to roster him. The game is at Globe Life Park which skews heavily in favor of hitters. Usually that's a problem. King Felix is a special case, and the Rangers pitiful lineup sweetens the pot. Only three Rangers batters are hitting above league average. Of those, only Prince Fielder is an everyday player.

If you want somebody a little more affordable, Cole has a challenging matchup against the Cubs. Wrigley plays as a pitcher's park for the early portion of the season. The Cubs are second to the Astros with a 23.3 percent strikeout rate. Cole has always possessed fantastic stuff. This season, he seems more inclined to retire hitters via the punchout. It could be an excellent day for Cole, but the matchup is not without risk.

If you have more risk tolerance, try Martinez against the Phillies. Busch Stadium is pitcher friendly, and the Phillies lack any sort of reliable power bat. Martinez has a weakness against left-handed pitching. The Phils can field quite a few of those, but the most intimidating is a slumping Chase Utley. PITCHf/x loves Martinez's four-pitch repertoire. It includes an above average fastball and sinker along with a near elite slider and changeup.

With just eight games in the evening contest, a couple positions are a little thin on reliable options. Catcher is one of those. Vogt is the top choice thanks to a high contact approach with some pop. He's not a true power hitter, so any extra base hits are a bonus. He's opposed by Matt Shoemaker. The Angels' starter hasn't been as sharp with his location as he was last season.

Plan B at catcher is Ramos. The oft-injured righty hasn't done much this season with a .250/.258/.328 line. However, he has strong numbers against left-handed pitchers in his career. Alex Wood has scuffled through his first few outings. The PITCHf/x data says he's the exact same pitcher as always, but his command seems to be slightly askew. Today could be the day he gets back on track, yet Ramos remains a decent gamble.

A-Gon has always bashed right-handed pitchers. He's a career .303/.378/.536 hitter against righties. He's off to a hot start this season with seven home runs in 83 plate appearances. Tonight's game is in Los Angeles which rewards his left-handed power. Add in a struggling Ryan Vogelsong and we have a recipe for success.

Alternatively, you could try Duda against Mat Latos. While Latos isn't as bad as his 7.31 ERA, he's seemingly declined to become an ordinary sort of pitcher. Duda has cut his whiff rate, and he's squaring up baseballs at an extreme rate (40 percent line drives). If you're an advocate of the hot hand, Duda is your guy.

Second base is one of those shallow positions. Kendrick and Murphy are both high contact options against exploitable pitchers. Kendrick is raking as the Dodgers cleanup hitter. He's at .314/.377/.557 this season with 10 runs and 13 RBI. Historically, he's more of a singles hitter than a power source. With a couple solid hitters getting on base ahead of him, a multi-hit game could be quite valuable.

Murphy is similar to Kendrick except that he's off to a slower start. He's hitting just .174/.247/.333 after starting the season on the disabled list. Most of his troubles can be attributed to a .159 BABIP. He hit a game winning home run on Monday and appears to be coming around at the plate.

We all know about Tulowitzki. His lofty price tag purchases a high average, power, and run production at a shaky position. His opponent – Josh Collmenter – is a mid-tier righty who pitches to contact. Tulowitzki should put several hard hit balls in play. There might be more efficient ways to spend your money, but you should get positive production.

Desmond is a potential alternative depending upon how you feel about Wood. The Braves lefty has a strong track record against all hitters, but he's scuffled this season. Desmond doesn't have big platoon splits like some of his teammates. His position and spot in the lineup ensure that he remains of interest to cash game players.

There's definitely a top choice at third base, and it's Carpenter. The Cardinals leadoff hitter is one of the best at his trade. He works deep counts, puts balls in play, and scores runs in bunches. He's opposed by Aaron Harang. A multi-hit game would be par for the course. Harang has pitched well this season, but he doesn't have the stuff necessary to nullify Carpenter.

Harrison is a fringy pick today against Kyle Hendricks. The Cubs' hurler is a command and control type. His 5.74 ERA belies a 3.27 FIP. He's had trouble stranding runners this season, but that's usually attributed to luck. Like many of our cash game picks, Harrison is a high contact option with a bit of power and speed.

We've profiled a lot of high contact types today. Blackmon is yet another option. The Rockies leadoff man has more swing-and-miss in his game than some of the alternatives. He's up against Collmenter at a hitter friendly-park. This is expected to be the highest scoring game of the day.

Want a more potent Rockie? Try Dickerson. The slugger has five home runs on the season. He's annihilated right-handed pitchers since his breakout last season. He's starting to work his way into more regular reps as the cleanup hitter which will boost his value. He's quite pricey if he's back in the six-hole.

Many analysts picked on Cruz this winter as somebody who would decline dramatically this season. Through April, that particular narrative has looked foolish. Cruz has nine home runs to go with a .307/.358/.693 line. He murders left-handed pitchers. He'll face an easy one in the form of Wandy Rodriguez.

Calhoun is yet another steady pick. The Angels leadoff man is opposed by Jesse Hahn. The Athletics' starter has a 2.12 ERA, but he also has a tiny 2.65 K/9. Until he piles up some swinging strikes, Hahn is looking like an exploitable target. Calhoun doesn't have big splits, this selection is more about targeting a (currently) hittable pitcher.

joshshep50
I'm all over the same trio of hurlers in GPPs tonight, Brad. There is so much to love about all three.

bigitaly42
Cole's spot is tremendous. Josh and I were talking earlier about how we think he will be lower owned because people are afraid of the Cubs. There is risk, but like you pointed out, the upside is immense. 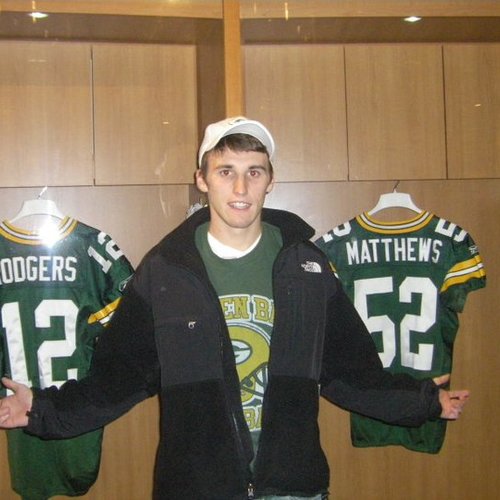 Mangone
Not only that the wind is blowing in at Wrigley.....love the Rockies exposure I think this is a night where you want to have a bat or two from Colorado

JasonG4s
I will be targeting Blackmon/Dickerson a lot against Collmenter. I like the Howie Kendrick call as well.

ArtVandelay10
Love a Dodgers stack tonight, think it will fly under the radar