Cash games typically reward high floor rosters. You don't need to score 60 points on FanDuel or 160 on DraftKings to win money. Instead you should aim for a nice base of around 40 and 120 points respectively. Our MLB Cash Game Picks will highlight the top pick and a value pick at each position for both platforms.

I like these 11 game contests. With just a few games off the table, we still have plenty of targets, stacks, and exploits. Yet the choices don't feel overwhelmingly vast like they sometimes do with the 15 game slates (especially when a dozen bad pitchers are taking the hill).

Clayton Kershaw is always an easy choice as the top pitcher – even against a powerhouse like the Blue Jays. Of course, Kershaw isn't opposed by the Blue Jays tonight. Nope, it's the feckless Phillies. The club has discovered a couple interesting players who could be a part of their next contender (Maikel Franco, Cesar Hernandez). However, the current lineup tends to roll over without much fight.

We've talked about Kershaw's repertoire, his peripherals, and his legacy in previous episodes. Rather than rehash the old story, let's take a peek at his Moneyline. It's -358. For the non-gamblers in the crowd, you'll have to bet $358 to make $100 on this game. Vegas is pretty confident Kershaw will win this one. If there is a problem with Kershaw, it's that his price tag precludes you from using most of the excellent options listed below.

If you want a pitcher with a rosterable price tag, you have a few alternatives. I happen to like Drew Hutchison against John Danks and the Blue Jays. Vegas says it's an evenly matched game, but I just don't buy it. Toronto mashes lefties, and the White Sox are un-intimidating. Rather than Hutchison, Vegas prefers Gio Gonzalez against the Reds. Gonzalez has allowed just one run over his last two starts (14 IP). I'm not usually a proponent of the hot hand, but I was impressed with the command he showed in those two outings. He has the second most expensive Moneyline at -170.

We'll be picking on John Danks a few times in today's column. Toronto's offense has posted a 137 wRC+ against southpaws. Danks has allowed a .304/.356/.545 line to righties. Something is going to break here, and it's probably Danks. Or a Danks-thrown baseball. Russell Martin also powers up for southpaws with a .288/.403/.500 line. He's a little cold at the plate with just three hits in his last 10 games. Two of the hits were home runs.

Unlike certain other Blue Jays (ahem, Jose Bautista), Martin is relatively affordable. If you're dead set on a bargain behind the plate, consider Welington Castillo instead. He's opposed by lefty Matt Harrison in his return from the disabled list. Castillo has hit well since joining the Diamondbacks. He's pummeled lefties with a .807 OPS. At his best, Harrison used solid command and ground balls to keep runs off the board. He never dominated opponents with overwhelming stuff. He hasn't had regular work since 2012 due to injuries. Expect him to be rusty.

Paul Goldschmidt remains the best hitter in the league against left-handed pitching. This year, he has a 1.115 OPS versus southpaws, many of whom are better than Harrison. The Rangers lefty has platoon splits too with a .277/.342/.438 career line. Expect even shakier numbers this season. Once Harrison is chased from the game, Goldschmidt can bite into the soft underbelly of the Rangers bullpen. With a 4.40 ERA and 4.49 FIP, Texas relievers are arguably the worst in the game.

Both FanDuel and DraftKings adjust well for the Coors Field Effect. Sure, you want to use guys in Denver, but the park advantage is boiled into the price. Albert Pujols is full-priced tomorrow, but there is a hint of vintage flare to him this season. He's bashed 26 home runs and could easily add more against Chris Rusin. The southpaw has pitched reasonably well, but he has allowed more than his share of home runs (14.6% HR/FB). That could be a problem with his sinker-heavy repertoire, a fluke, or the aforementioned Coors Effect.

The Indians are at home against homer prone righty Dan Straily. The 26-year-old has solid command in the minors, but he's scuffled when promoted to the majors. Jason Kipnis is in full beast mode against right-handed pitchers with a .375/.463/.557 slash, 13.2 percent walk rate and 11.9 percent strikeout rate. He's easily the best offensive second baseman this season. Unfortunately, his price tag reflects his performance. Progressive Field is deceptively power friendly for lefty hitters.

Devon Travis is bafflingly affordable. Is it because he was a relative unknown prior to the season? Did his stint on the disabled list kill his value? Whatever the reason for his cheap price, he's an excellent play for power and average against Danks. In a tiny sample, he's swatting .295/.326/.568 when lefties take the hill. As we've noted, Danks is somewhat worse than the typical southpaw. Don't forget, the White Sox bullpen is sketchy.

I've come to the conclusion that Carlos Correa is my go-to blue chip property at shortstop. You do have alternatives today. Troy Tulowitzki is at Coors Field against homer prone Matt Shoemaker. Jose Reyes has a candy matchup opposite Danks and a weak bullpen. Nick Ahmed is a solid bargain versus Harrison. Correa doesn't have the softest matchup of the day, but Trevor Bauer isn't a star either. Correa hammers both righties and lefties, although he has hit better against southpaws in his brief debut. In addition to his seven home runs and five stolen bases, he has nine multi-hit games in 27 starts.

Josh Donaldson is in the midst of his third straight excellent season. He's batting .300/.357/.537 with 21 home runs. He has a 1.028 OPS versus southpaws. If you can budget him into the lineup, he's the obvious play tonight. Who can pass on his contact skills, power, and run production? If you find yourself needing a cheaper play, try his teammate Danny Valencia. The righty is a career .328/.369/.498 batter against lefties. In past seasons, Valencia would be pulled as soon as a right-handed reliever entered the game. This year, he's hitting for power against righties. It looks fluky, but the important thing is that he won't be pulled.

I've listed Mike Trout because his matchup against Rusin at Coors Field is highly desirable. Unfortunately, his price tag is unaffordable without taking extreme measures at pitcher. Instead, I recommend Bryce Harper as an elite play. The Nationals' star is batting .344/.471/.714 on the season, leaving Trout in the dust. He's opposed by Michael Lorenzen of the Reds. Lorenzen has performed poorly with 5.79 K/9, 4.82 BB/9, and 1.65 HR/9. Left-handed batters have hit .298/.400/.564 against him. Unless Lorenzen plans on walking his way around Harper (and he may), then he'll have trouble retiring the stud lefty.

Charlie Blackmon offers a nice high floor, high ceiling profile. While he's not cheap, he's reasonably affordable. With 20 home run power, 30 stolen base speed, a .270s average, and a solid walk rate, there are a dozen ways he can contribute to your DFS numbers. Shoemaker doesn't have platoon splits, but it's unclear how he'll perform in the rarified air of Coors Field. Pitch movement tends to decline in Denver which could hurt some of his offerings. Few pitches are more hittable than a thigh high sinker or a hanging splitter.

The Dodgers offer a few affordable, high ceiling outfielders against lefty Adam Morgan. Yasiel Puig is the most recognizable. You could also turn Scott Van Slyke as an even cheaper option. Puig's price is down due to a series of injuries and tepid production. We know he's one of the most explosively talented hitters in the league. Even in a “down" year, the 24-year-old is batting .283/.369/.449. He's even better against lefties (.333/.455/.519). Morgan is making his third start for the Phillies. He's leaned on a mediocre fastball, plus slider, and plus changeup. If Puig's aggressive with the fastballs, it could be a big night.

JasonG4s
Castillo and Valencia are solid cheap options with the "lefty masher" title by their name.

joshshep50
I'm definitely digging the love for the Blue Jays tonight. Nice price points for them and Danks is -- well -- I'll opt for not good and keep it PG.

bigitaly42
Danks=Hot garbage. That's what you meant, right Josh? I'm with you here. Love the Jays 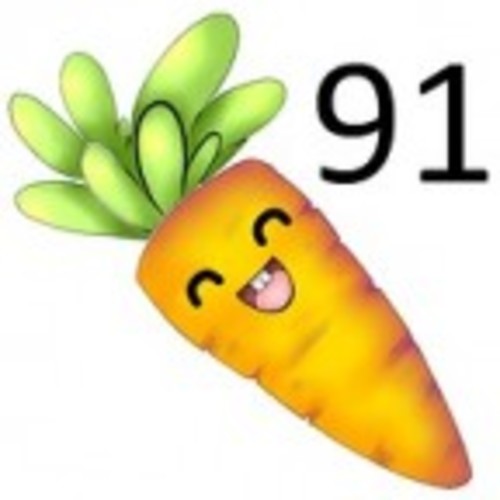 carrotts91
Do you guys like Daniel Robertson? I'm trying to get some cheap exposure to the Coors game.