The threat of high ownership is the only reason to pause before locking Ross into your lineups Tuesday. The righty has held his opponent to three runs or fewer in each of his past 13 outings at PETCO Park, and he boasts a 2.67 ERA and 73 punchouts through 67.1 innings over his past 11 outings. Opposing hitters own a pedestrian .615 OPS against him during the span, too.

And about those opponents Tuesday, Milwaukee enters with the fifth-highest strikeout rate in September (22.7%), and they're playing their eighth consecutive road game. Their lineup may or may not feature Jonathan Lucroy and Ryan Braun, but ultimately, they've played so sparingly it isn't worrisome.

Moore has looked the part in consecutive outings fanning 16 batters over 13.2 innings while allowing just two earned runs and a .188/.220/.250 slash line to opposing bats. Inconsistency and rediscovering your command are often characteristics of returning from Tommy John surgery, so we shouldn't look to deep into Moore's early struggles.

Therein lies the risk, though. If you're buying the hurler has his mound act in gear again, there isn't a lot to fret over the matchup. Miami is the 24th-ranked scoring offense in September, and they're 25th in runs scored at home. Just note, Miami has been above average against southpaws all season.

Facing "The Home Run Whisperer" is about as good a matchup as Harper can land in Tuesday. Wilser has allowed a 2.13 HR/9, a .617 slugging percentage and a .449 wOBA to left-handed bats this season, and although he has been sharper in his past two outings, he still allowed three bombs.

Harper's hefty salary should keep his ownership under check, and with some added motivation, the numbers are even more enticing. After all, Harper owns a ridiculous .703 slugging percentage, .310 ISO and .486 wOBA against righties this season.

Conley has stymied righty bats this season (.707 OPS allowed to right-handed hitters), which should help keep Forsythe's ownership down. In this case, though, Conley's best is trumped by Forsythe's year-long dominance against southpaws.

Seven September home runs should have your attention for tournaments, especially with Haren showing as a high-priced pitching machine against lefty bats this season. The veteran hurler has allowed a target-worthy 2.36 HR/9, .559 slugging percentage and .379 wOBA to left-handed hitters, and he hasn't started since Sept. 18, either.

Plus, Bruce has hit 22 of his 26 home runs against right-handed pitchers, and he is affordable.

Much has been made of Rizzo's success against lefties this season, but his .906 OPS, .258 ISO and .384 wOBA against righties moves the fantasy needle quite nicely. Expect many to hone in on Paul Goldschmidt or spend up on pitching to eliminate the option of targeting Rizzo Tuesday

Cueto is showing signs of righting the ship over his past two outings with just five runs allowed through 14 innings, and his cap hit has plenty of profit room, especially at DraftKings. Plus, the Chicago White Sox enter with a target-worthy .394 slugging percentage and 21.1 percent strikeout rate in September

Those looking for salary relief can turn to Aybar and his 11-for-36 stretch since jumping up to the leadoff spot. With just four runs, two doubles, a RBI and two stolen bases during the span, look for a huge game to accompany his ascent Tuesday.

Opposing starter Vidal Nuno has allowed 10 runs through 7.2 innings over his past two starts, and Springer enters with four multi-hit showings through his past seven games and a .878 OPS against lefties for the season.

Boasting a .397 on-base percentage in September, Lamb carries a high floor and checks out as a safe play. With the Diamondbacks likely to be a popular stack Tuesday, Lamb could be a sneaky pivot with the masses focusing elsewhere. Remember, opposing starter Christian Bergman owns a 8.22 ERA as a starter.

Another cost-effective option, Montero owns above-average pop against righties (.155 ISO). Better yet, he also faces Josh Smith who has allowed a .692 slugging percentage and .492 wOBA to left-handed hitters.

joshshep50
There isn't a single pick in here I'm not on board with. Kudos, Neil. Good stuff.

zachsgotmoxy
I agree all great picks and you avoided the rain for the most part. 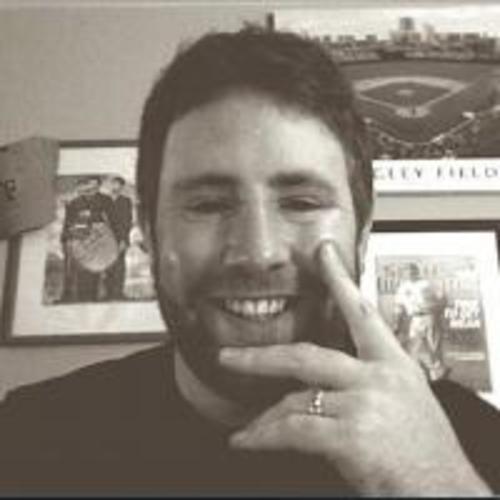 NAParker77
I was going to swap out of the Cubs, but I just like the matchup so much. I also rarely recommend them as my favorite team, so there is added ummmphh with Chicaarrgo tonight.

JasonG4s
Love the calls here, and on board with those pitchers for tonight.

bigitaly42
I love Springer most of all, especially on FD at that crazy low price. Great job avoiding the big (weather) landmines.