The Yankees are in a transition phase out, and moving into a more youthful direction. Gary Sanchez and Greg Bird are two younger bats looking to make an impact this season, while the outfield remains Brett Gardner and Jacoby Ellsbury. They brought in Matt Holliday and Chris Carter, who will enjoy a home run friendly Yankee Stadium. The Yankees offense was bad last season, ranking inside the bottom ten in runs per game. They scored the third fewest runs per game on the road, while they were more average at home. The rotation was slightly above average, and despite trading away bullpen arms, they will come back with one of the best bullpens in 2017.

Yankee Stadium is a friendly place for offense, ranking first in home runs last season, and tenth in runs. This Yankees offense enjoyed their home park, scoring nearly 4.5 runs per game, compared to 3.9 at home. A lot of these guys did have noticeable home-road splits, especially in the power department. If you have played DFS, you know the short porch is a hot topic when the Yankees are at home. Yankee Stadium has best park factors for home runs to left-handed bats.

Everybody knows about the loaded Yankees bullpen with Betances and Chapman anchoring it. This means that the weak starting rotation will need to do less work in order to keep their team close in games. If they get to the sixth or seventh inning with a lead, they should be able to close it out with a win. With the exception of Tanaka, Pineda, and potentially Sabathia, this rotation is not very good at all. Yankee Stadium is a very difficult place to pitch in, so that is a slight downgrade to most of the rotation.

The safest pitcher to use on this team is Masahiro Tanaka, but with his elbow issues, he can blow up at any time. However, he is a very consistent option for this team and is the right type of pitcher to pitch in Yankee Stadium. He has a very good sinker and a 48.2% ground ball rate. He did have a slight home run problem last season, but that was improvement from the year before. He was able to stay healthy for the entire year last year, and if he is able to avoid injury, he will be a very serviceable option for cash games and also carries slight upside for GPP's.

The more risky option on this rotation is Michael Pineda. He is a very elite strikeout pitcher, but he had a huge problem with the long ball last season. He is your ideal GPP pitcher on this team since he can get 10+ strikeouts in a game or give up 6+ runs. He had some extreme home/road splits, giving up 20 home runs at home and only 7 on the road. If he can figure out his home run problem, he has the stuff to be one of the leagues elite arms. But until he figures that out, he will be a very risky cash game option, but a very good GPP option throughout the season.

Sabathia is not the arm he used to be, but he is still elite at shutting down lefties. He will not be a guy that I will be using often this season, unless his price gets really cheap and he starts to go back to his old form. Chad Green and Bryan Mitchell are not usable options at all since they do not go deep in games and they give up a ton of hard hits and runs. They will be guys who I will potentially look to stack against in GPP's. I do not see these two guys being starters on this team for the whole season. 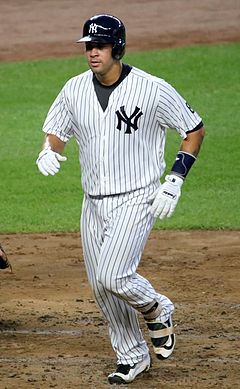 This Yankees offense is pretty balanced all around with no real big power bat anchoring it. They are currently in a mode where they are just playing out the contracts of Ellsbury and Gardner, while still trying to remain fairly competitive in the AL East. They lost some big bats in their offense with Alex Rodriguez and Mark Teixeira retiring and trading Brian McCann. However, they did a very good job replacing those guys with Matt Holliday and Chris Carter. Greg Bird is also returning from his injury last season and should be the biggest bat to fear in the offense. Both Chris Carter and Matt Holliday will split duties at the DH position and both will be usable in certain match ups throughout the season. The team has some great young players in Bird, Sanchez, and Judge, all of which will be usable throughout the season. Headley and Hicks are the weak links in this lineup and we will not be using them often at all this season.

Both Jacoby Ellsbury and Brett Gardner are coming off one of their worst seasons in their careers. They will both be every day players and hitting at the top of the order for most of the season. Gardner's batting average last season was right around his career average at .261, but both his wOBA (.317) and wRC+ (97) were down below his career averages. He only attempted to steal 20 bases last year, which was by far the lowest in his career. Gardner is not a power hitter and his upside relies on the use of his legs, which is starting to be a concern. Ellsbury's batting average was .263 last season which was .023 points lower than his career average. his .301 wOBA was right around his average, but his wRC+ was only 91 when his average was 104. He did attempt to steal 28 times, but was only successful in 20 of them. Both him and Gardner seem to lack GPP winning upside at this point in their careers.

Gary Sanchez was the shiny new toy last season, and was playable in all formats in almost all match ups. It will be very interesting to see how he does in his first full season in the bigs. We can only expect his batting average, wOBA, and other statistics to regress this season with the larger sample size. It is very unlikely that he will hit around .300 again this season due to his 24.7% strikeout rate, but that does not mean that we should not use him this year. He is already proven to be one of the best hitting catchers in the entire league, and he is a guy who will give you safety and upside at a very weak position all throughout the season.

Greg Bird has not played in the MLB since the 2015 season due to a shoulder injury. He may start the season a little rusty, but it does not seem that way with his team-leading 7 Spring Training home runs. He played 46 games in the MLB with the Yankees last, and hit 11 home runs while supporting that with a .372 wOBA and 137 wRC+. If he stays healthy, he will be the biggest threat in this young lineup along with Gary Sanchez. Both of these young studs will be very playable for the entire season in all formats as long as they stay healthy. The Yankees as a whole are in a transition year, but they still have some very playable guys for 2017 MLB DFS.