Devonta Freeman - The days of four straight weeks with over 30 fantasy points is long gone when it comes to Devonta Freeman. In fact, over Freeman's last four contests 47 yards rushing is his highest total, only being bailed out fantasy wise from his involvement in the passing game. However the Falcons are a struggling football team right now, losing their last six games and facing tough rush defenses in Tampa Bay and Carolina. This week the Falcons face the Jaguars in Jacksonville, a team that has played in three straight games with total points over 66. Both offenses should be able to score on each other as both defenses rank in the bottom third in the league. With Freeman's recent struggles expect him to be under owned, making him a high upside tournament play (albeit with a good amount of risk).

Adrian Peterson - It was hard looking for a sure thing this week in the running back pool but Adrian Peterson is going to be as close to a sure bet as you can find. AP struggled against the Cardinals last Thursday night but he still saw 23 carries and was able to find the end zone. With the recent struggles of Teddy Bridgewater and the Vikings battling for a playoff spot, they are going to lean heavily on Peterson down the final stretch of the season. Next up for AP and the Vikings is a Bears team ranked 26th in the league against the run.

Eddie Lacy - After a week of disciplinary action, Lacy was back in the starting role for Green Bay and had a vintage Eddie Lacy game, bruising his way to 124 yards and a touchdown. In Lacy's last four games, he has rushed for over 100 yards in three of them, the one game he did not being the game he was essentially benched for disciplinary reasons. With limited options at running back this week (as I write this article early in the week), Lacy on paper looks like a great option for the low price of $5,200. The Packers travel to Oakland this week to face a surging Raiders team, but still a team that ranks near the bottom in total defense.

Jeremy Hill - To feel comfortable starting Hill this week you have to totally throw out the box score of last week's game against the Steelers. With Andy Dalton leaving due to injury the rushing game never was able to get going as the Bengals already found themselves in a bit of a hole. This week however the Bengals face the 49ers in what should be a very manageable game for A.J. McCarron to get his first NFL start. The 49ers rank 30th in the NFL against the rush so it wouldn't be the least bit surprising the see Hill and Bernard each get upwards of 20 carries to take the pressure off of McCarron. I still think people fear starting Hill due to his earlier season struggles, but looking at the bigger picture Hill may be in the top three best starts at running back this week and I have no problem listing him as an elite play in Week 15. The best part is his ownership will likely remain low and you get him at a very manageable price.

Tim Hightower - It seems DraftKings went out of their way to make sure they priced up potential running backs that would start this week due to injury. DuJuan Harris is priced up to $4,600 in the wake of the Thomas Rawls injury and Denard Robinson is also priced to $4,600 with T.J. Yeldon possibly out with injury. However, they failed to raise the price on the guy who just got 28 (!) carries in replacement of Mark Ingram. That's right, somehow Tim Hightower fell through the DraftKings algorithm and is still just $3,900 after a 85 yard and a touchdown performance. At the price and prospected volume, Hightower is a near elite play this week against Detroit.

Julio Jones - It has now been five weeks since Julio Jones has found the end zone, but it is also five weeks where Jones has reached double digit fantasy points. Jones remains one of the highest targeted wide receivers in the league and is touchdown points away from having a monster fantasy season. Jones already has 1,426 yards on the season and over 100 receptions and though he hasn't found the end zone in five weeks, still has six touchdowns. At a price of $8,500, Jones finds his price the lowest it has been the entire season by $400. The 26th ranked passing defense of the Jaguars are up next in what should be a fast paced, high scoring affair.

Randall Cobb - Packers head coach Mike McCarthy took back play calling duties last week from OC Tom Clements and it was apparent that getting the ball to Randall Cobb was a large priority of his. Cobb saw 12 targets, turning that into eight receptions for 81 yards. The Packers leaned heavily on the running game last week against the Cowboys, but could look to air it out a bit more against the Raiders 28th ranked pass defense. Expect a different Cobb going forward with the play calling changing hands and get Cobb at the discounted price while you can.

Doug Baldwin - I am not really sure what I can really type about Doug Baldwin at this point, he is just a guy with a total of eight touchdowns over his last three weeks. In a matter of three weeks Baldwin's price has jumped from $3,800 to $5,800 and it still feels silly to think about not playing him in at least tournaments. Russell Wilson is currently playing out of his mind and Doug Baldwin has emerged as his clear favorite target in the passing game. I am not sure if the right course of action at this point is to fade or play Baldwin, because there can be an argument made for each. On one hand, his ownership is likely to be way too high this week and this stretch feels a bit like a fluke, but on the other hand eight touchdowns in three weeks don't lie. The Seahawks face the Browns this week in what should be another cupcake matchup for Wilson and pals.

Jeremy Maclin - Even though Maclin went through a four week stretch where he was targeted six or less times he is still averaging near 9 targets per game on the season. Over Maclin's last three contests he has seen targets of 11, 10, and 9 and has three touchdowns during that stretch. This week Maclin faces a weak Baltimore secondary and should stay involved as the Chiefs are in the hunt for a playoff spot in the AFC. When it comes to PPR sites like DraftKings Maclin can easily make value based off of reception numbers alone.

John Brown - Brown has been one of the most consistent fantasy names this season that you just don't hear talked about too much. He is averaging 15.1 fantasy points this year on DraftKings and should eclipse the 1,000 yard mark by the end of the season. Over Brown's last three games he is averaging five catches a game for around 90 yards and has broke a play over 45 yards in his last three games. Brown is fast and a big play waiting to happen as the Cardinals try to hold onto the number two seed in the NFC. Next up for Brown and the Cardinals are the Eagles on Sunday night.

Rob Gronkowski - Gronk carried a questionable tag all last week before finally being announced as active before Sunday night football. In limited action (about 62% of the Patriots offensive snaps), Gronk caught all four of his targets for 87 yards and a touchdown. With no setbacks to announce it looks like Gronk is ready to be the clear-cut overall number one tight end week to week. The Patriots are fighting to lock up a first round bye so don't expect the Patriots to go quietly the rest of this season.

Gary Barnidge - Another week, another double digit fantasy performance for the truly safest and most consistent tight end this season. Nobody really saw this one coming but Barnidge has averaged 15.6 fantasy points per game this season and that isn't a number offset by a lot of high scoring and low scoring affairs. Once quarterback Josh McCown was labeled out for the year a lot feared that Barnidge's production would take a backseat but after back-to-back solid weeks I think it is time to put that myth to rest. The Browns face the Seahawks this week which on paper looks tough, but the Seahawks have given up the sixth most fantasy points to tight ends this year.

Ben Watson - Over the past three weeks Watson continues to be one of the most targeted tight ends, averaging near nine targets a game in that stretch. On the season Watson is averaging 12.4 fantasy points per game and has become a consistent option for quarterback Drew Brees. The upside to Watson isn't that high, but he is typically one of the safer options on a slate. This week the Saints face the Lions on Monday Night Football. There are likely safer options on this slate, so Watson may go a bit under owned this week. Flashbacks of his week six, 10 reception, 127 yard game and his week eight nine reception, 147 yard game offer us a bit of high upside hope.

Antonio Gates - The Chargers receiving core is a bit of a mess right now with three of their top four receivers out with injury. That leaves veteran Antonio Gates to carry as much of the load as he can. In a tough matchup last week Gates managed to haul in six-of-eight targets for 76 yards and led the team in catches and yards. With all the injury woes in San Diego look for Gates to once again carry the load this week against Miami, a matchup that Rivers and Gates can both exploit. Based off of matchup, price, and volume, Gates is one of the top options this week.

Clive Walford - If you're in the business of finding a low owned tight end who seems to be trending upwards then Walford is worth a viewing. Over his past two games the rookie out of Miami has averaged 50 yards receiving and six targets. I want to stress that Walford is nothing but a dart throw, but he is becoming more involved in the Raiders' offense and as someone who followed his career at Miami, I know he has the skill set to flourish if given the opportunity. The Raiders host the Packers this week in what should be a highly scoring game.

zachsgotmoxy
Thoughts on Wilson's ownership this week. I have it really high for a QB. 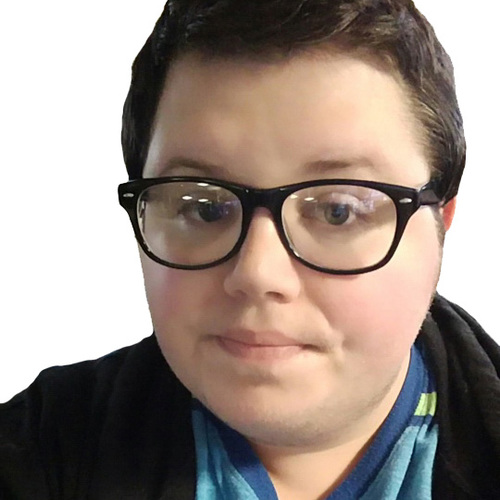 itzjamesftw
33%? Something ridiculous, though justified.

JasonG4s
Great article James, had some Eddie Lacy last week which really bailed be out. I love John Brown this week! 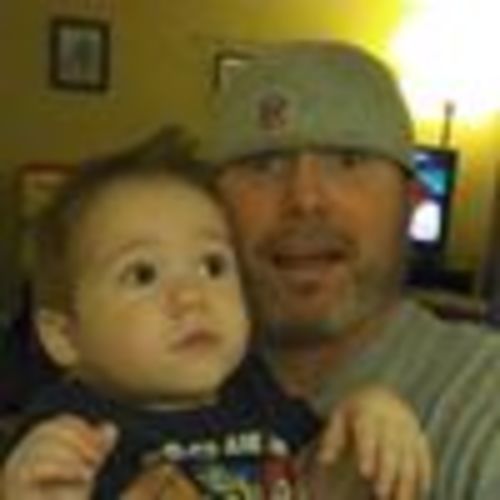 tripsmmm@ymail.com
Hey James great stuff on the percentages! Love your work. Major question for me is how do you balance out how many safe players and high upside players to roster in your lineups? I struggle every week not to take a lot of highly owned players seems like even the sleepers aren't sleepers any more in the daily fantasy world.