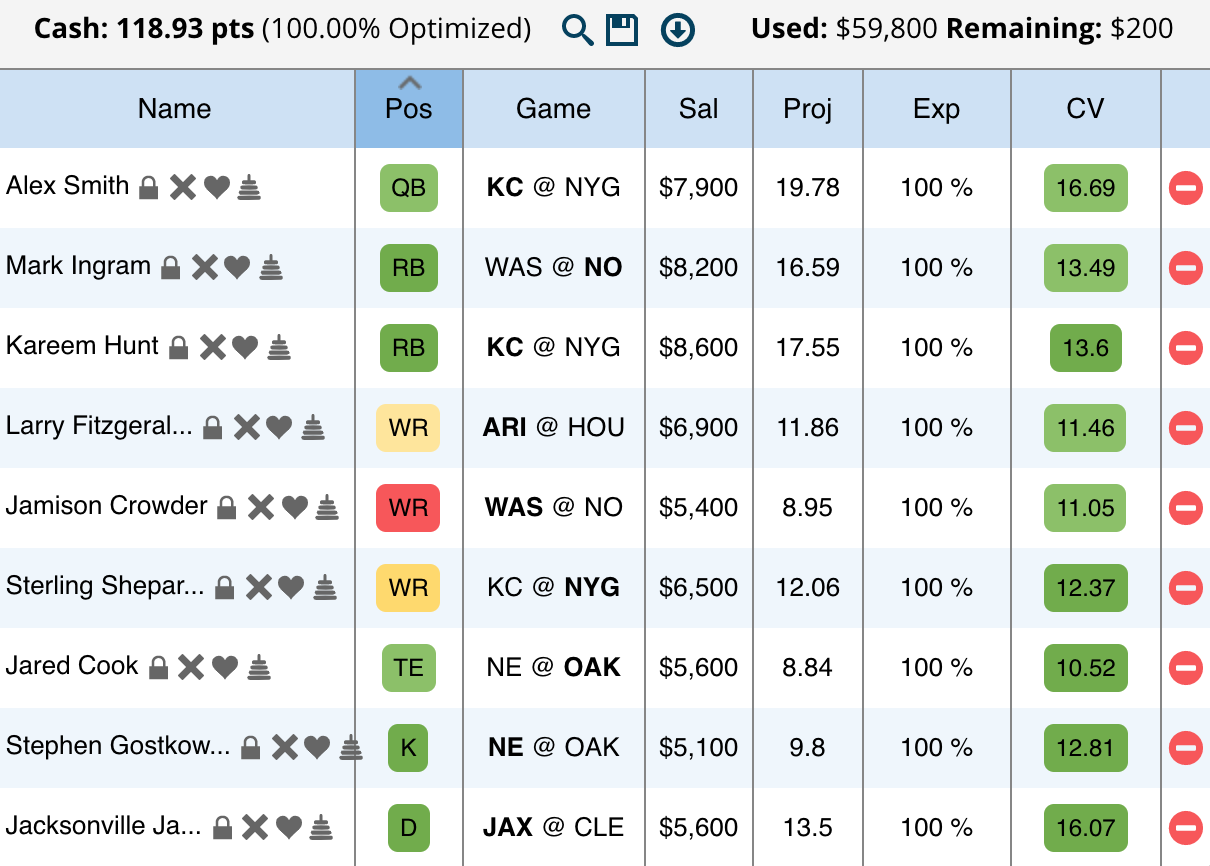 As always, FanDuel lineups come out looking better with the lenient pricing. No punt Rex Burkheads or Tyler Krofts, instead we get guys that should be more expensive. That seems to be the theme of this lineup. The Chiefs have one of the highest implied totals on the board this week, and Alex Smith is paired with Kareem Hunt in a high floor/ceiling matchup against the Giants. New York is bottom ten in DVOA against the run and the pass this season. Mark Ingram has been excellent of late, and there is no doubt that this is a good matchup against Washington, who are allowing the 7th most fantasy points to running backs over the last five weeks. Ingram presents a pretty high floor.

The receiving core is similar to DraftKings this week, except we get bargains on Fitzgerald and Shepard. The Texans are allowing the second most fantasy points per game to opposing WRs this season, and Fitz gets a solid matchup against Kareem Jackson. Shepard has seen 22 targets over the last two weeks, catching 16 of them for over 200 yards. He is still way too cheap on FanDuel. While I view Crowder as a better DK play for the PPR scoring, his volume and price is good enough for FanDuel.

Jared Cook was one of the sneakier plays this week He has averaged over 14 yards per reception in the last three weeks, seeing a combined 21 targets in that span. At just $5,600 he is a good pivot away from the more expensive names.

Stephen Gostkowski is in a prime spot against Oakland, and in a high scoring total for New England, we can count on him as a pay up. Jacksonville is the most expensive defense, but for good reason. You should feel comfortable with them this week in a matchup against the turnover prone Browns.