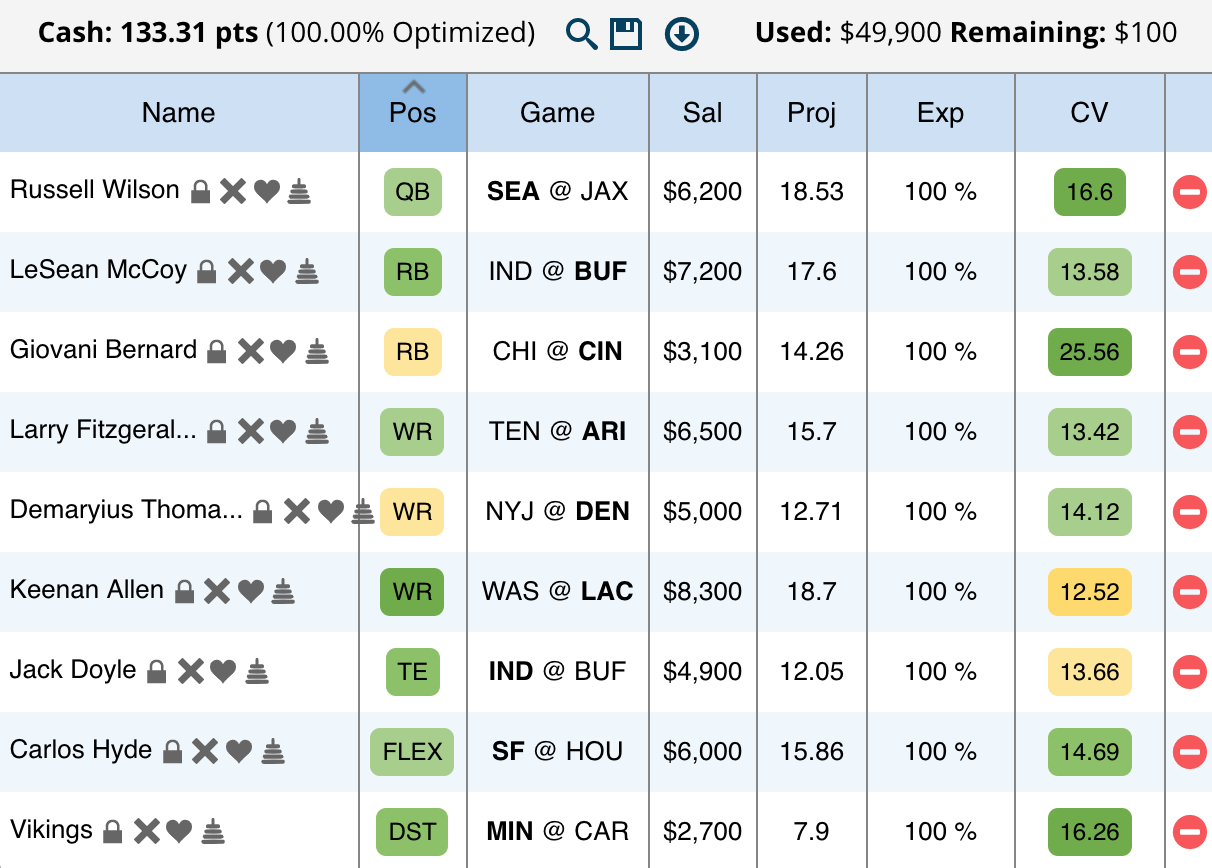 Starting this with Russell Wilson against one of the league's best defenses scares me a bit. Projections still love him in all formats, and it might have to do with the price drop on DK, or just the overall usage with Wilson. Jalen Ramsey is questionable for this week, which would help Wilson. Seattle is a second half team, but have also struggled on the east coast for the last few seasons.

The Carlos Hyde love continues to roll, who is a boom or bust threat against a middle of the road Houston defense. Giovani Bernard is going to be a popular play this week, as Joe Mixon was just ruled out. Bernard is the only healthy back, and Chicago's defense struggles on the road. At $3,100 he is going to be a free square this week.

There are not a lot of glaring matchups this week for running backs, but LeSean McCoy gets a home matchup against the Colts, who are bottom five in fantasy points allowed. Weather in this game should put a lot of emphasis on the running game.

The receiving core is strong here. Keenan Allen continues to boast a high floor and ceiling, while Larry Fitzgerald is a strong PPR threat. He has been fine with Blaine Gabbert under center, and Tennessee is bottom five in fantasy points allowed to wide receivers. Demaryius Thomas was more of a tournament option for me. The Jets have actually allowed a lot of production to wideouts this season.

Jack Doyle in PPR formats is wise this week. He should be able to rack up receptions as Jacoby Brissett's go-to guy. Even if weather becomes an issue, the aDOT for Doyle is rather limited.

Minnesota is an interesting defense this week, who rank inside the top ten. Carolina can be a bit boom or bust, and Minnesota has the ability to lock down their main guys.