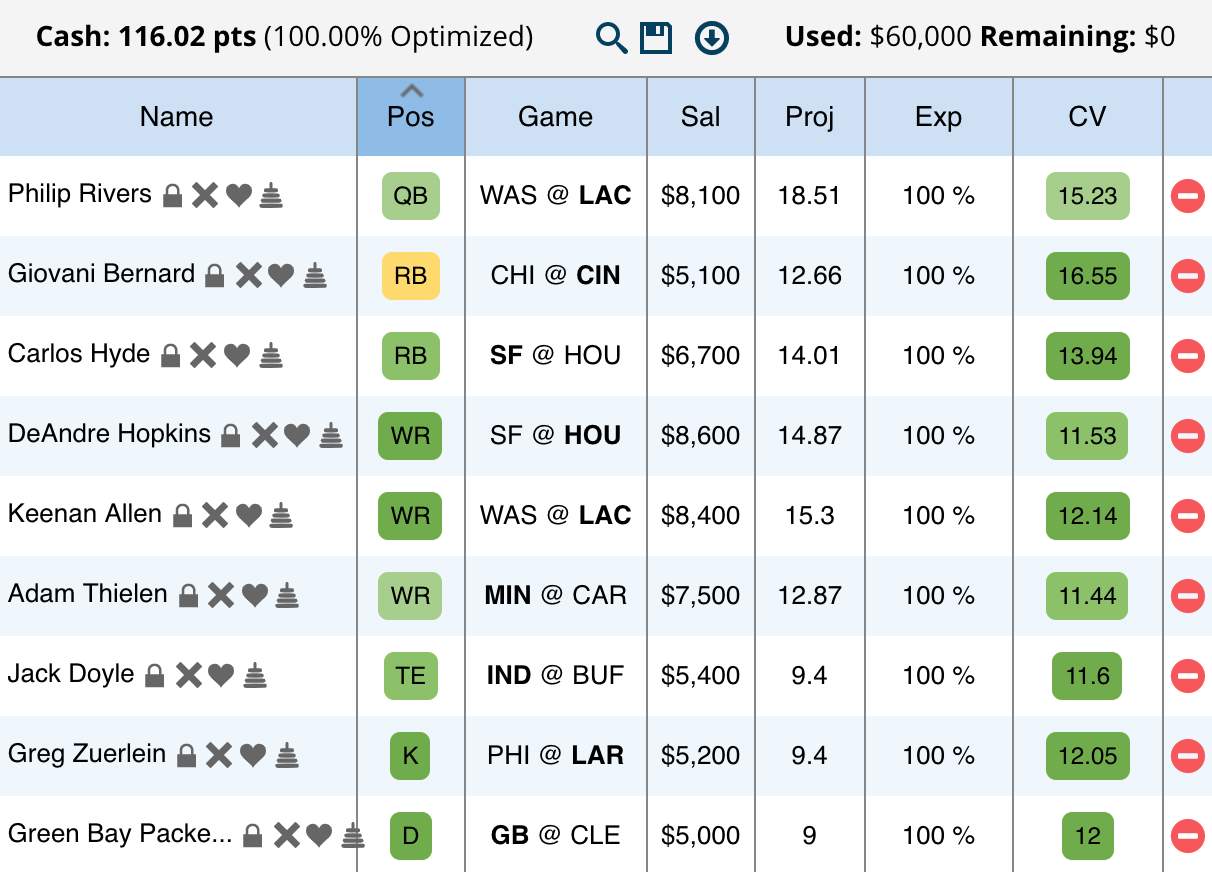 I am glad to see the optimizer go a different route in in cash games than Russell Wilson. Philip Rivers had a let down week last time out, but gets another rebound spot. Rivers has actually been playing well down the stretch, which is where we usually see him fade away. Given him and Keenan Allen are on a real hot streak, that should continue against an average Washington secondary.

Much like everyone else, given the price tag of Giovani Bernard, and now stepping into a larger role, he will be a very popular play. Chicago has allowed over 24 points on the road this season, which is essentially cut in half when playing at home. Cincy should manage, despite not playing well on the offensive side as a whole. Carlos Hyde is always a tough sell for me, especially fading any real top tier running back. Houston is middle of the road against the run, and Hyde's workload is still in place.

DeAndre Hopkins is in a prime spot against San Francisco's bottom five secondary, and the optimizer is deciding to pay up at the wide receiver position. Adam Thielen is also plugged in, who is not in a bad one on one matchup against Captain Munnerlyn. Carolina doesn't appeal to people as a team to target, so we should get lower ownership.

Jack Doyle has been the go-to guy for Jacoby Brissett this season, and Doyle is cheap enough on FanDuel this week where he really stands out. Greg Zuerlein has been one of the highest scoring fantasy kickers in quite a while, and Green Bay against Cleveland is a little pricey, but in play.