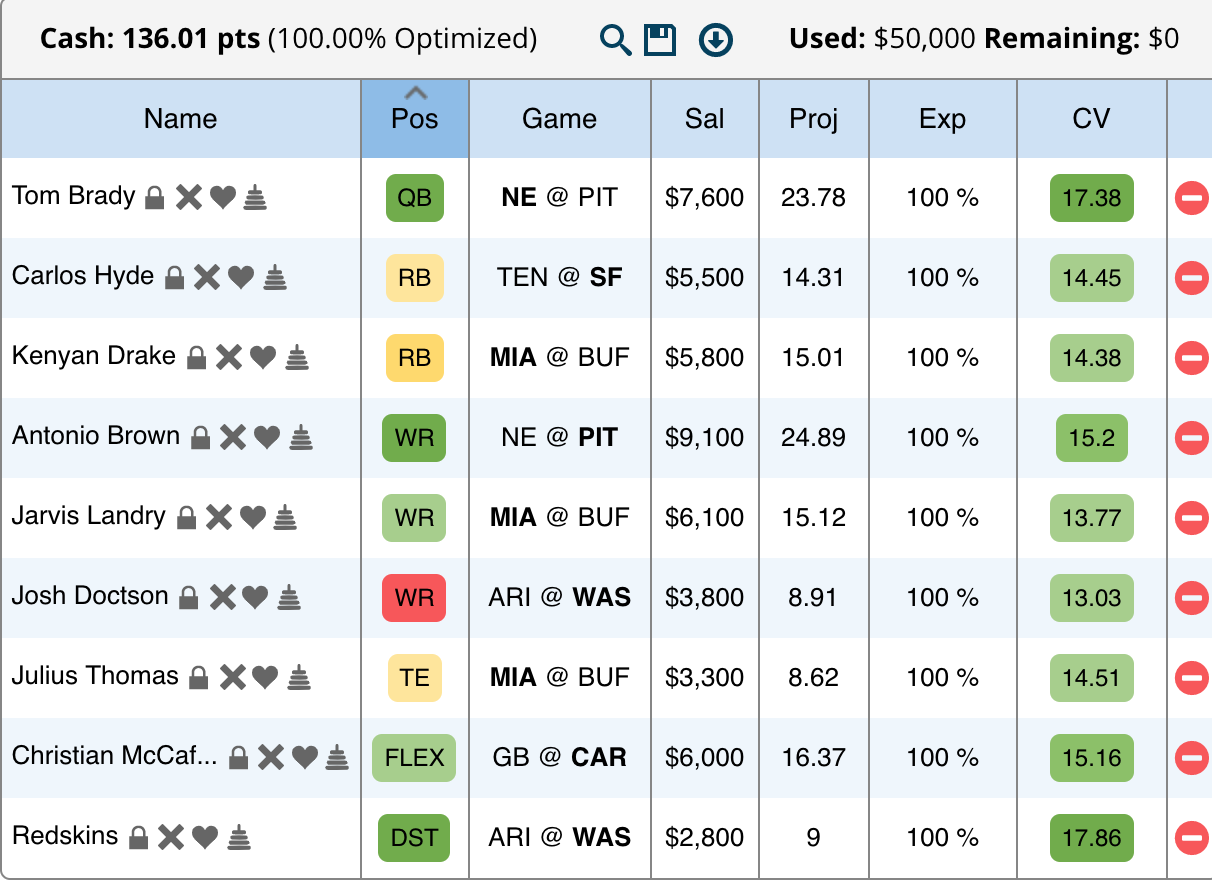 The cash game lineup turned into an apparent Miami stack. Julius Thomas, Jarvis Landry, and Kenyan Drake all pop up here. Drake is my favorite of the group, as Buffalo allows the most fantasy points per game to running backs, and they are bottom five in DVOA against the run. If Miami can go on the road and put up a crooked number, then the passing game will be fine. Landry is a fairly safe option on a PPR site, while Thomas carries a little more risk given his usage and aDOT. If he doesn't find the end zone, he will likely be a dud.

Only a few more weeks and I can stop talking about Carlos Hyde. He continues to bring a higher Cafe Value, which the optimizer eats up. I am never going to argue against Hyde, but he is never a core play personally. Tennessee's defense has been lackluster, but this is a middle of the road spot for running backs, and Hyde isn't getting much work in the passing game of late.

Christian McCaffrey popping up here was a bit surprising. Green Bay does rank 19th against opposing pass-catching backs and are allowing 7.5 targets per game. McCaffrey at $6,000 isn't bad, but much like Hyde, he isn't a core play.

Jamming in Antonio Brown seems like a wise thing to do in cash games. His floor has been insanely high, and the ceiling is unlike anyone else. New England ranks 26th in DVOA against WR1s this season. Josh Doctson is expected to be shadowed by Patrick Peterson this week, which is something I shy away from, regardless of price.

If Brady and Brown can give you a high enough production, the rest should be able to chip in enough. As we hit the end of the season, things become a bit more tricky.