After a great weekend of baseball in which we saw Yoenis Cespedes return, Edwin Encarnacion finally start to heat up and Aaron Judge continue to absolutely mash AL pitching, we are on to Monday and a 9 game DFS slate. While power bats like the aforementioned Yankees and Mets sluggers will dominate the headlines this evening, the top play in all formats comes in at less than half the price of Judge. Coming in at an insane $2300, Jose Pirela is no doubt the top play for Monday. The Padres second baseman, Pirela has played in 6 games for the Padres and has averaged over 13 DK points per game. If you have been using Pirela like I have then you know that he is the first player you lock in when setting your lineups. There is absolutely no reason for this guy to be under 3K and his price has actually gone down from $2400 after posting 30 and 17 DK points his last two games. In a prime matchup with Bronson Arroyo I expect Pirela to come in much higher owned than he did all weekend as people are starting to realize that his price is just crazy. Regardless of his ownership, Pirela is a cash game lock as his salary is wayyyy off and he gives you excellent cap room. In a GPP I'm fine with a fade as you can fade anyone in GPP's but I don't see it tonight with Pirela as his price is just too damn low. I expect Pirela to be at least $3000 when his price increases so I would take advantage now and lock in Pirela while he is still dirt cheap. 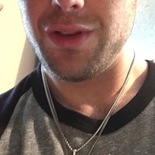 I am with you, Pirela is way too cheap.