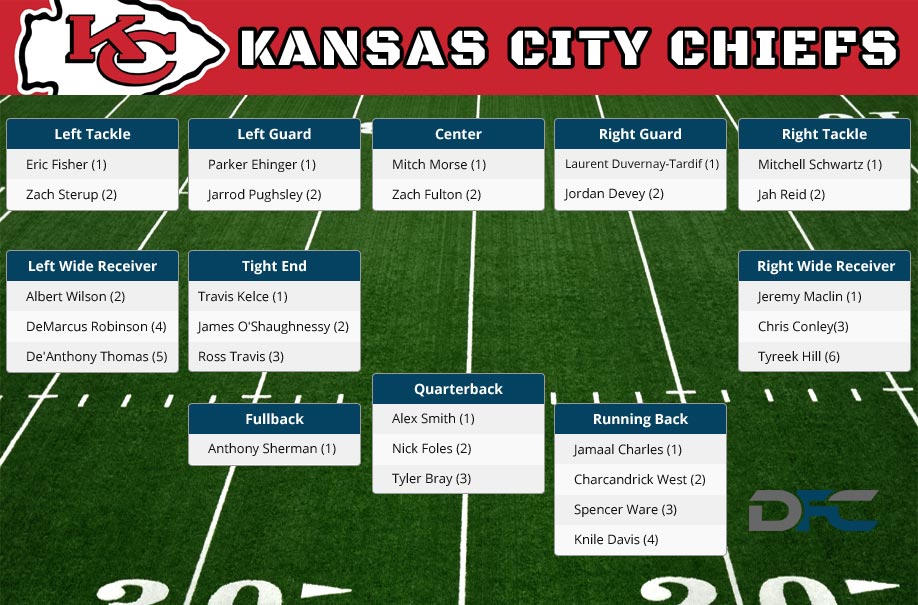 Kansas City comes into 2016 with some bland position battles in terms of fantasy. The Chiefs only threw 52% of the time, and a WR2 - WR3 battle isn't particularly one to keep an eye on. Travis Kelce and Jeremy Maclin are the focal points for Alex Smith, as everyone else is white noise. Chris Conley and Albert Wilson are the notable mentions outside of those two, but neither generate a large enough buzz to be worth consideration on a week-to-week basis.


After Jamaal Charles went down last season we saw Charcandrick West and Spencer Ware pickup the slack in the backfield. West had 634 yards on 160 attempts, and four touchdowns. He also was able to tack on 20 receptions, but boasted stats of the league average back. Ware on the other side was much more efficient, rushing for 403 yards on 72 attempts (5.6 YPC). Given he is a bigger back than West, he had six touchdowns, and saw most of the red zone touches. He is not much of a pass-catcher, so West would see time in that department. At the moment they are all backend options behind Charles, so this is just speculation if something happened.