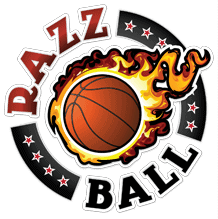 Our NFL Daily Fantasy Optimizer for DraftKings, FanDuel & Yahoo + Cheat Sheets + Premium Content are now available on Razzball. The result of this partnership is that you'll receive the same Cafe Optimizers + Razzball Cheat Sheets, plus even more premium

tools and content from Razzball, at the same great price!

The fastest way to gain an edge in daily fantasy football is to have the most optimal lineups based on quality projections. What this is means is allowing “math" to help you formulate the lineups that are projected to produce the highest point total. There are hundreds of billions of potential lineups each Sunday. We have built the most powerful optimizer in daily fantasy football to generate the best lineups for our users. These lineups give our users an advantage over others using manual and spreadsheet methods that can't compute the most optimal lineups. Don't leave your game to chance and start winning more with our NFL lineup generator.

Most DFS sites approach the problem of building good lineups approximately. That is, they attempt to consider various lineups in an ad-hoc manner and return some set of lineups that attempt to maximize projected points. Daily Fantasy Cafe's lineup generator and stack optimizer approaches the problem differently. Instead of searching approximately through the potential lineups (and just hoping they find 'good' lineups), we formulate the lineup builder problem as an optimization problem using a field of research known as Integer Linear Programming (ILP). Formulating the problem in this way ensures that we are finding the provably optimal lineup, such that no other lineup can possibly have a higher total projected points. In addition, Daily Fantasy Cafe also provides advanced features such as: producing K-optimal lineups, exposure limits for individual players, stacks, and locking. All of these features are implemented in the context of Integer Linear Programming, ensuring that the lineups returned have the provably highest level of projected points possible. Why use a DFS lineup builder that isn't optimal? You will be entering lineups that have less potential. Don't settle when it comes to building NFL lineups. Our FanDuel and DraftKings lineup builder provides you with all the functionality and customization needed to build the best lineups possible.

Type - Designates a player as a Cash or GPP palyer. Color coded from best to worst Green to Red.


Global Exposure - Set the same exposure % to all players. Creates diversified lineups. IE - if you set Global Player Exposure to 10%, all players will appear in 10% or less of the number of lineups generated. Once turned on, this setting will default to 25%. The lower you set this %, the less optimal generated lineups will be when generating large number of lineups.


Points/$1K - Filter by the projected Fantasy Points per $1,000 of player salary.


CV - head: Cafe Value, text: Takes into account a player's salary, projection and site postion requirements to give you a comparable value among all players.


Spread - Vegas spread for the team of the player.


Theory - A prediciton of game-flow based off Vegas.


Consistency - A percentage showing the amount of times a player hits their projection over last eight games.