For the past 5 years, we have had some of the best writers grace our site. We've been grateful for each of them and pay homage to their work and passion. You can find a link to their author page and all their articles below. 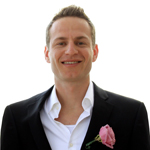 
Sam Shefrin is the founder of Daily Fantasy Cafe & Lineups.com. He is a passionate season long and daily fantasy player. His websites have been seen on NBATV, FanDuel, DraftKings, Yahoo Sports and more.

Jason has been grinding in the daily fantasy world since 2012, and has been playing season long fantasy sports for about ten years. This summer he is pursuing a certificate in sabermetrics to give him further knowledge of the game. He has a deep passion for all major sports, and is an active Twitter user.

I was blessed with the ability to play football and baseball at an elite level. I was also able to coach football for three seasons, I was the Defensive Backs coach for one season, and I was the Co-Offensive Coordinator as well as the Head Wide Receivers coach for a season. Now let's go win this money!

After one too many summers working in the golf industry, Ben has been writing about golf full time since 2013 for sites like GolfWRX and Bleacher Report. He realized playing PGA DFS massively improved the tournament-viewing experience in 2014, and he's been spreading the gospel ever since. 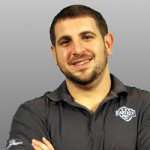 Ricky has been writing fantasy sports ever since 2012 when he caught his break with Going 9 Baseball. He studied Sport Management & Marketing at Indiana University so it's no accident he ended up in this industry. Feel free to contact him on Twitter as he is active and always willing to help.

Renee has been playing daily fantasy sports since 2010 and season long fantasy sports for over 10 years. Renee writes about daily fantasy for Rotoworld, ESPN and DFC. Given her training as a neuroscientist, she is particularly interested in the cognitive demands of building DFS lineups and focuses her writing on optimizing the decision making process we all go through each week.

Josh is a graduate of SUNY Cortland's Sport Management program. He's been an avid fantasy gamer for over a decade and has been writing about fantasy sports for over five years. His work has appeared on FanDuel Insider, DraftDay, Fantasy Sports Live, The Hardball Times, The Fantasy Fix, Baseball Prospectus and Rotographs. He was named the most accurate season long fantasy baseball expert for the 2012 season by Fantasy Pros and finished in the top 10 for the 2013 season.

JJ (who goes by uncl3dunkl3) in the DFS world has a strong track record in all aspects of DFS. JJ is a top 15 NCAA DFS player (both football and basketball) and also is ranked fairly high in all sports on Rotogrinders. He placed 4th in the Fanduel CFB KoTC in 2015 and 5th in the Fanduel CBB Survive the Madness tournament in 2015. Primarily labeled a cash-game player JJ has accumulated over 100K in net profits playing DFS. JJ attributes his success to endless research, disciplined strategies, and his own subjective takes on match-ups. Previously writing CBB DFS articles for LastWordonSports, JJ has the needed writing experience mixed with his personal humor to entertain all readers of his articles.

Scott Malewig writes the NBA Over/Under Watch for Rotoworld.com and is the co-founder of The Fake Basketball. Scott can be found on Twitter where he'll likely be tweeting about the last NBA game you'd think he'd be watching.

C.D. Carter writes a game-by-game daily fantasy football breakdown using Daily Fantasy Cafe's optimizing tools and strategies that have helped distinguish Carter as a reliable, analytical fantasy football source since 2012. Carter's work has been published in The New York Times, and he was nominated for a Fantasy Sports Writers Association award in 2012. He's the owner of DraftDayConsultants.com and the author of "How To Think Like A Daily Fantasy Football Winner," available on Amazon. 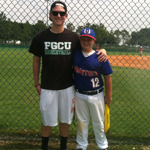 Matt has been playing fantasy sports for eight years, and joined the DFS world in 2014. He is a journalism student at Florida Gulf Coast University, that's hopes to one day become a beat writer for a professional sports team. He is always available on Twitter for any DFS advice.

Living in the New England region, it's hard to not fall in love with sports. My passion for sports continues to grow everyday. At the beginning of 2015, I found NBA DFS and the rest is history. Between NBA, MLB, NFL, PGA, and NASCAR, there's probably only been about 10 days that I haven't immersed myself in the game. In addition to the Cafe, I also contribute to FantasyPros and CLNSRadio. If you can handle it, I call myself theinefficient2 on Twitter. 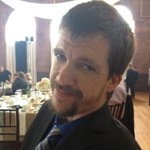 I fell in love with golf when I was two years old. I started watching golf back when Tiger won his second U.S. amateur title. Now, I use every waking moment to play DFS golf and NFL.

Ever since winning a freeroll on DraftStreet.com (RIP), James has dedicated his time to the daily fantasy sports community. From writing, to promoting, to competing; James eats, sleeps, and breathes daily fantasy sports. A former writer for RotoWire, DraftStreet, and BucketFullofPoints; James now brings his passion to the Cafe.

Ryan has been playing fantasy sports for over 10 years, and is a top 10 ranked NHL daily fantasy player. Placed 2nd in the 2014 MLB Fantasy Elite Cup H2H bracket-style tournament that was littered with some of the best players in the industry. He's an avid NHL, MLB, PGA and NFL daily/seasonal player.

Rob has been playing fantasy sports for 8 years and started playing DFS in 2014. He was a live finalist for the 2016 World Fantasy Baseball Championship Single Entry Series on FanDuel. He is always available on twitter to answer any questions about MLB, NFL, NBA, and anything else sports related. 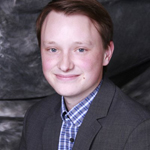 DFC Fantasy Insider, Oliver Maroney has been a writer in the NBA & NFL space for more than 5 years. Oliver has spent time with some of the NBA's best, getting the inside track on news and information. With work published in the Oregonian, Portland Metro Live, Football.com, and other sources, Oliver has created quality, original, and unique articles in all facets around the National Basketball Association.

Justin entered the world of fantasy sports over a decade ago and has been compiling knowledge on a daily basis ever since. His work with daily podcasts have been featured on a number of the top DFS sites since his debut in the daily fantasy sports industry nearly two years ago. He is always available on Twitter to give expert NBA, MLB, NFL, or any general DFS advice you can imagine.

BJ is a veteran of high stakes fantasy football, competing for over 10 years, and winning league championships in every major high stakes league. A former online poker player, BJ has transferred much of his online poker skillset to DFS. He hit the ground running during the first two weeks of the 2014 NFL season, finishing 2nd and 6th in large GPPs while totaling $15,000 in winnings. He is a student of game theory and analytics, incorporating those principles into his DFS core strategies. Golf is his biggest passion, and he dreams of qualifying for the US Open one day, for which he has no chance. He brings a players point of view to DFS Golf.

Nick entered the world of daily fantasy sports over two years ago and has been successful in NHL, NBA, MLB, PGA, and NFL. He has finished top 5 in multiple big tournaments on DraftKings and FanDuel for MLB, NFL, and NBA. His work with daily podcasts and articles have been featured on FantasyHub. He is always available on Twitter to give DFS advice as well as answer any questions that you may have! 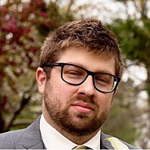 Spencer is a full-time daily fantasy sports player and writer. He serves as a Daily Fantasy Specialist for Rotoworld; with his work also appearing on FanDuel Insider, Yahoo Sports, and TheFakeBasketball. Equipped with a degree in Economics, deep-seeded sports knowledge, and a passion for writing, he has become a trusted source in the fantasy sports world.

Brad is a traditional fantasy baseball expert who writes for RotoWorld, RotoGraphs, and MLB Trade Rumors. He transitioned to DFS last season where he made a 40% ROI playing low and medium stakes GPPs. He uses a blend of typical DFS techniques, FanGraphs-style research, and video analysis to gain his edge.

Eric Mack is one of the longest standing fantasy writers in the world, having stints with CBSSports.com, AOL Sports, Sports Illustrated magazine, SI.com, Bleacher Report, Siriux/XM Fantasy Sports Radio, FanDuel, The Sporting News and now Daily Fantasy Cafe for the 2016 NFL season. A digital sports media veteran of 20-plus years, you can catch all of his fantasy football musings on Twitter

Chris has been a die-hard Fantasy player for nearly 15 years now, and a DFS addict for the past two seasons. Although he is not a high-stakes player, he takes it seriously and feels he can connect more with the average casual player on Sunday's. He is happily married with 2 beautiful daughters who have managed to survive his Fantasy Sports infatuation. 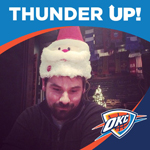 After years of dominating his friends in season-long fantasy, Brent decided to set his sights on daily fantasy. With a small deposit back in 2014, his journey began. After very little success that NFL season, Brent made it his mission to learn the ins and outs of all things daily fantasy. It was during that following NBA season that Brent developed his own projection model and truly learned to love NBA DFS. Now, Brent spends most of his time studying the game, analyzing statistics, and providing in-depth analysis of each NBA slate. 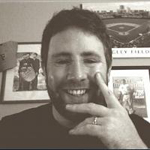 Neil has covered multiple daily fantasy sports across a number of sites since 2012, including USA Today Fantasy Sports, RotoWire and The Fake Hockey. He maintains #DezCaughtIt and has the shirt to prove it.

Ricky has written for a number of fantasy sites over the past 3 years. When he is not spending time comparing his favorite flavor of ice cream to his favorite DFS play of the week, he is sitting inside a movie theater checking out the latest release.

Russell is a fantasy sports fanatic that discovered DFS in 2012. He's written for multiple sites in the past, including ProFootballFocus and DraftkingsPlaybook. He spends a lot of time on twitter and likes everything involving the NFL draft.


Zach has been an avid season long fantasy player since he was 13. In the past couple of years he began his DFS journey and has been writing for Moxyball along the way. He won $10,000 in his first day playing daily fantasy baseball on Yahoo. He is a well rounded player that plays every sport and can always be found on Twitter.