With a strong game and stronger heart, I wouldn't bet against Terrence Jones.

A restricted free-agent this upcoming offseason, Terrence Jones, talented power forward for the Houston Rockets, has a chance to become one of the best forwards in the league. Continually called “undersized", Terrence is a new age power forward, at 6' 9" and 255 pounds. He can shoot the three, get up and down the court, and spreads the floor for teammates like Dwight Howard. With NBA teams' newfound love for “small-ball" and 3-point shooting offenses, Terrence fits the mold quite nicely.

At the Portland Pro-Am, Terrence continued to impress me with his outside shooting. The range and consistency of his shot were much improved from last time I had watched him. One of his biggest strengths as a player is his ability to use both hands. He's versatile in creating his shot from either side of himself with his back to the basket; defenders have a tough time guarding him because of it. While he may lack in size, he makes up for in other areas. He makes it difficult on opponents with effort and a unique skill-set of athleticism, shooting, and weak-hand abilities.

So far, Terrence has endured multiple injuries and set backs but he certainly looks to be on the right path. Besides on-the-court work, Terrence is always giving back to local charities, creating community events, and raising awareness for underprivileged youth. He has traveled in the offseason to developing countries in Asia and Africa to give-back to the youth and provide hope. Originally from Portland, Oregon, Jones is always looking for ways to build up the basketball culture around town and provide an opportunity for people to come see high caliber athletes at a fraction of normal cost. His Portland Pro-Am tournament this summer was part of this effort to give people the opportunity to see a professional basketball atmosphere at little to no cost. Providing hope and sparking interest by setting an example is leading to lives being changed.

Coming into his 4th season in the NBA and averaging close to 11 points and 7 rebounds a game, he has an opportunity to be a breakout player this upcoming season. Last season, he digressed going from over 12 points and 27 minutes per game to 11 points and just under 26 minutes a game. Part of the reason behind this was the mid-season signing of Josh Smith and being injured with a leg injury and collapsed lung for nearly 4 months. As I watched him at his Portland Pro-Am, he certainly looked as if he was back and healthy as ever. With the Houston Rockets parting ways with veteran forward Josh Smith in this offseason, it opens a greater role for Terrence. This will be a huge season for Jones, as he will be playing for a possible renewed contract (RFA for 2016). His athletic ability, team, and overall talent make him a player that could be paid handsomely, if he performs well this upcoming season.

I caught up with Mr. Jones at his local Pro-Am tournament, where he talked with me about expectations for the upcoming season, possibly breakout players, and his tournament. Visit www.portlandproam.com for details of the tournament and follow him on twitter at @TerrenceJones1.

Q: In the offseason, you guys had a couple free agents leave, do you expect to have a bigger role on this Rockets team?

A: Well I'm ready to do whatever the team needs me to do in order to help us win. When I was healthy I felt comfortable playing in the role I had, so for me it's just about making sure I can contribute in more ways than one and staying ready.


Q: What 3 NBA players aside from yourself, do you think will take big strides next year?

A: I think AD (Anthony Davis) will take another leap next year, he is so skilled and can do a lot, the sky is the limit for him and I think he's found a good situation in New Orleans. Brad Beal is another guy that comes to mind; he played well in the playoffs and should continue to improve. I think Terrence Ross will surprise a lot of people too, he has a chance to be really good for Toronto and his shooting ability gives him a chance to be special.


Q: Your GM is known for using the most advanced stats and data, has it changed or affected your game?

A: I'm always trying to expand my game, get better wherever I can. As a player, you can't worry too much about things like that, no matter what, I have to go out and play well. A double-double is a double-double, so I just try and go out and play hard and help my team win. That's not saying the analytics aren't important, my mentality is just to make plays and do what I can to make an impact while I'm on the floor.


Q: This is the first time I've been at the Portland Pro-Am, what is it about? Why have you decided to be apart of it?

A: The Portland Pro-Am is a basketball league that gives professionals across different levels a chance to compete in the summer time. I wanted to bring something back to my community that fans can enjoy and players can use to improve their game. There is a lot of great talent from Portland and hopefully the league will showcase what players are capable of. It's been an exciting first year and I'm looking forward to many more.


Q: I heard some rumors that Seattle Pro-Am vs. Portland Pro-Am could happen, any truth to this?

A: We definitely would love to play against the guys from Seattle, it's a basketball rivalry that goes back for a lot of players in the Northwest.


Q: Besides the Pro-Am, I noticed you are one of the more active NBA players when it comes to giving back, what other charitable things do you do?

A: Doing things like backpack giveaways, giving kids school supplies so they have what they need to be successful, that was my main priority this and last year. I also have been fortunate enough to go to Asia and Africa with the NBA and help grow the game globally, I love giving back and seeing kids get the support they deserve. It's what I'm all about.


Q: Have you ever played any fantasy sports? IF so, which ones?


A: Never really played, been too busy playing real sports! Heard it's a lot of fun though, had friends in college that were really into it.


Q: Who wins in a game of H-O-R-S-E between you and Terrence Ross?

A: Me for sure. Ross can shoot from really deep so he might get a couple letters on me, but if he can't do any of that windmill from the free throw line type of stuff, then I'll get him. I can shoot with both hands which works well in a HORSE game.


Q: What is your favorite movie of all-time?

A: Hmm, tough to say my absolute favorite, but one of my favorites is The Wood with Omar Epps. It's one of those classic movies about growing up that you can watch over and over again. Just a funny movie with a good dose of real life, I used to know most of the words to it too.


Q: What would be your All-Time NBA Starting 5?


Q; Favorite Dunk of all time?

A: Definitely Vince over the Weiss in the Olympics, haven't seen a dunk like that in a game since.


Q: What Kentucky Team is the best ever?

A: So many great teams, it's hard to say which is the best. But my team in 2012 was pretty good, and winning the championship was a ton of fun. So I'll say 2012 was my favorite team, impossible to know which is the best though!

sports_25tolife
I like the Brad Beal and Ross love, hope they take the next steps too!

joshshep50
I'm loving the Ross love, too. I also really like hearing a professional athlete own up to being able to quote most of a movie. I mean, who doesn't have their fave movies they can recite almost all the lines to?

Sam
Nice article. Surprised at his answer to question on advanced data w/ Rockets. I thought the team provided the players stats and worked with them to better their game. Guess it's on a player by player basis.

JasonG4s
Really awesome Q&A! Jones is one of my favorite young guys to watch in the league.

ArtVandelay10
As a Raps fan I really hope you are right about T Ross, they will need him to step up this year and be a lot more consistent. Great interview! 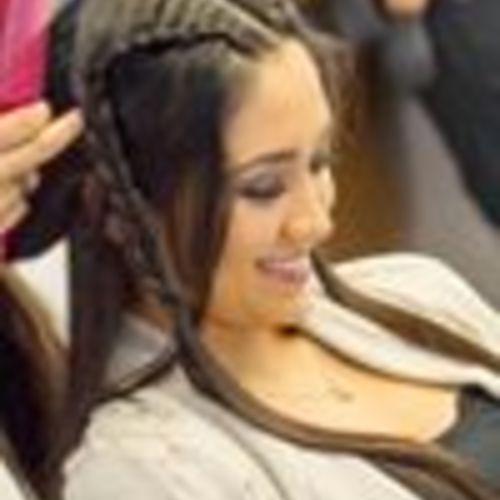 ericaescapes@gmail.com
You can poop in one hand and fill the other with trust and you'll see which one weighs more! Truth is ALL men are sneaking pigs. Every women should carry a dough roller in one hand, and install this Android on their pigs phone with the other. There's no longer any reason to "trust", you don't even need to sneak into their phone now'days. Get married, find the truth, get divorced and start living! https://www.youtube.com/watch?v=0PCWYkQHTf8