Take your daily fantasy game to the next level.
5 years ago
Question
fatcat45@yahoo.com

I like Watson a lot this week, but as you stated the Brady price tag just takes the cake from a lot of guys around him. I like both lineups quite a bit. Zeke is my favorite running back in that price tag, and yeah the Fournette price tag is steep. Bell is someone I am looking to just get tournament exposure to. Zeke is the one I trust the most as a huge home favorite against this Rams run defense. But all those value RBs are worth using to get the balanced approach. Cook, Mixon, and McCaffrey should get plenty of touches this week.

Diggs is likely to be shadowed by Slay, while Xavier Rhodes is likely to handle Marvin Jones. Rhodes hasn't lined up much in the slot, so Tate should avoid him. I like Fitz and Hopkins this week.

Patriots players are underpriced this week, or maybe others are overpriced. Brandin Cooks is cheap too, but yeah Gronk is the guy to just lock in.

It looks like Baldwin is going to play, but Richardson/Lockett would be worth a look if something happens. I actually like Travis Benjamin a little more, but not a lot. Picking those secondary wide receivers for San Diego is tough right now. Hogan is at $15, is nice, but might be going overboard on Pats in a cash game lineup.

My last approach is this lineup, getting most of the guys I like but punting the defense

Speaking of defense I would hate to punt defense and have week one happen where if you didn't have 3 of the top scoring defenses you were behind. Any preference between Cin or Jax?

The listed lineup is there any $11 or bellow defense that's even worse while? 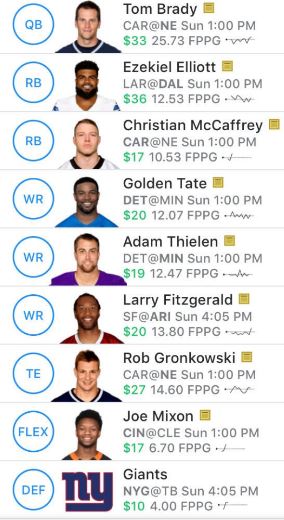 oh what is the value needed for Yahoo for cash X1? And what do you normally find the cash line to be. Yahoo is such an odd mix of Fanduel and DK.

I don't personally play Yahoo anymore (Location restrictions), so I can't really answer too much on strategy over there. However, to answer your question between the Jaguars and Bengals defense, I would lean towards the Bengals. The Jaguars are returning from their trip to London to go on the road against the Jets. Now, the Jets are a completely awful team, but I can see a case where the Jaguars come out sluggish. The Browns are almost just as bad as the Jets, and Kizer holds the ball longer than any quarterback in the league. Personally, I would take the Bengals since they are going to be in full strength with Burfict back, and will have plenty of pressure on Kizer throughout the game. Both defenses should be fairly popular though. 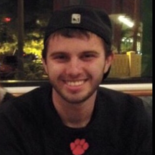 Hey fellas. Jason, thanks for your help last week. The advice to play Desean was great and payed off!I

I have three very similar lineups for a six man winner take all league. Is there one that stands out as best? Any red flags or wise changes I could make? Thanks! 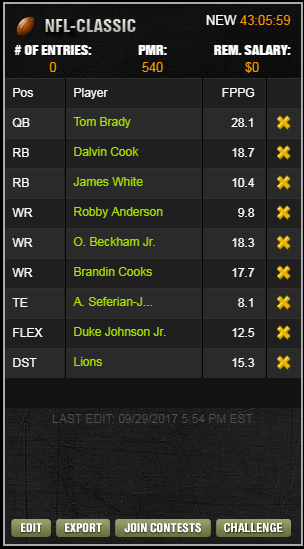 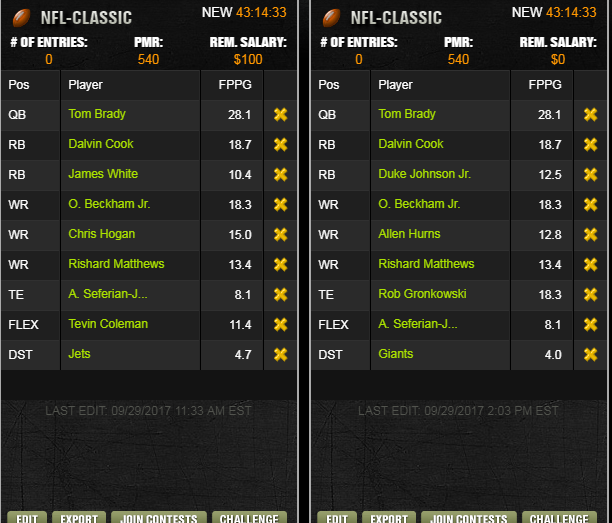 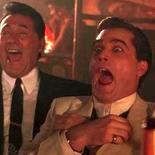 Check Gillislee red zone usage. Could be a better option than White.

White is more attractive in DK's full PPR. I'll let Jason give you more advice on these teams, since I am more FanDuel specific. However, the third lineup is my favorite out of the bunch for upside.

@Fatcat - I don't think the Giants are a bad punt defense against Tampa. I prefer Cincinnati over Jacksonville just slightly. One thing I don't worry about is 1x per player or stuff like that in NFL. Different positions carry different value. 3x QB is different from a 3x WR, so I tend to just focus on the highest floor/ceiling per player and go from there. As far as score lines go, I haven't played NFL on Yahoo this year due to being in Florida and just played GPPs last year when I was in Mass. I tend to have found cash lines to be around the score of 105-110 just giving the week. You can give or take ten points on each end due to sizing of contest.

@ChalupaBatman - Glad it worked out! I am going a little bit more balanced this week, and the floors of White, Coleman, and Johnson scary me a little bit in the same lineup. That said I do like the third one the best, but the second one would be close swapping Coleman for a safer FLEX play like a Hurns, etc. One guy to keep an eye on is Jaron Brown if one of Nelson/Brown are out. He is $4,000 and can save some salary. If White puts up an average game, certainly the ceiling of Brady/OBJ/etc can make up the difference.

@AndyChiefs - I like Gillislee this week in tourneys. Multi-TD upside and game-script should bode well for him.

Thanks Jason, I appreciate your wise advice. I've been tinkering a little, and considering fading Beckham. Not sure if this is wise, or not. Not sure if I should upgrade defense and adjust somewhere else. Do you like Hurns over Lee this week? I do like Jaron Brown. I could consider him over Fitz I guess, and spin back to Beckham at Flex. Could also downgrade Gronk, and upgrade elsewhere? Thanks for your help! 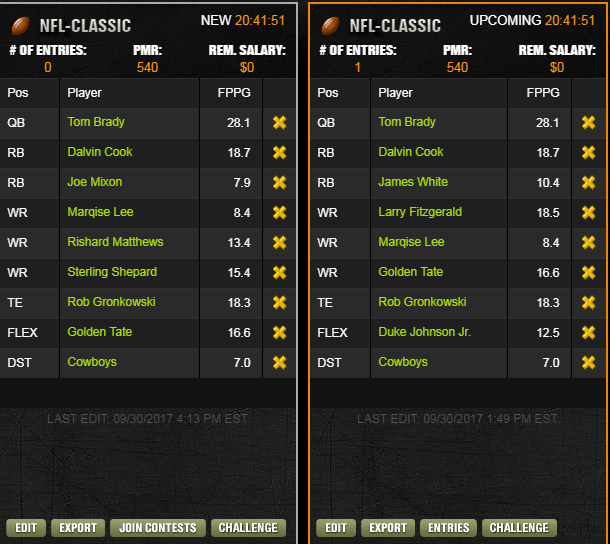 Of course, and yeah it is a scary thought given his upside but helps free up an extra position or two. Cowboys are a viable option if you are paying down. Hurns and Lee are splitting hairs this week. I have some exposure to both, but I like Lee a little bit more. I would stick with Gronk. TE is pretty weak, so I am going to spend up.