There are numerous daily fantasy websites, and each site has its own scoring format for each sport. Understanding the differences in scoring between the websites is a necessity. Each site provides their scoring structure for each sport on their help, FAQ, or contest rules page. The two juggernauts in the daily fantasy sports industry are DraftKings and FanDuel. Below you'll find the scoring for both sites for the NBA, MLB and NFL.

Even a cursory glance illustrates that DraftKings and FanDuel have very different scoring formats. For instance, DraftKings has a bonus 0.5 points for a three-point shot made in addition to the three points awarded for each actual point scored. In addition to the extra scoring for three-point field goals, DraftKings offers bonus points for double-doubles and triple-doubles. These bonuses result in higher scores on DraftKings than on FanDuel, and they necessitate different preparation for projecting daily fantasy point scoring for players.

Simply put, a player like Enes Kanter that scores and rebounds well, regularly tallying double-doubles, but provides very little else statistically is going to have more value on DraftKings than on FanDuel. Conversely, players that stuff the defensive stats in the box scores are going to have more value on FanDuel due to the limited avenues for scoring fantasy points available there. 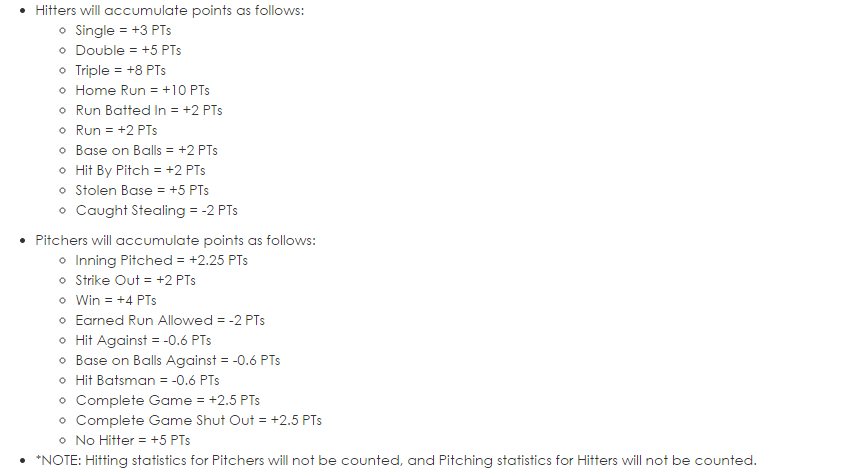 A separate scoring format for hitters and pitchers in MLB games, as opposed to the uniform format that can be utilized for all NBA players, requires even more careful inspection of the differences between site's scoring. The best starting point for examining scoring in detail is to look for the highest likely scoring outcome for hitters and pitchers, homers and pitcher wins* , respectively, and use them as the denominator in calculating the value of other events. For example, a single is worth three points on DraftKings, therefore it's worth 30% as much as a 10 point homer. On FanDuel, though, a single is worth one point and ahomer is worth four points, making a single just 25% as valuable as a homer. This is just one example between sites, but the important takeaway is that truly dissecting scoring on each site requires comparing the scoring difference between different baseball outcomes. 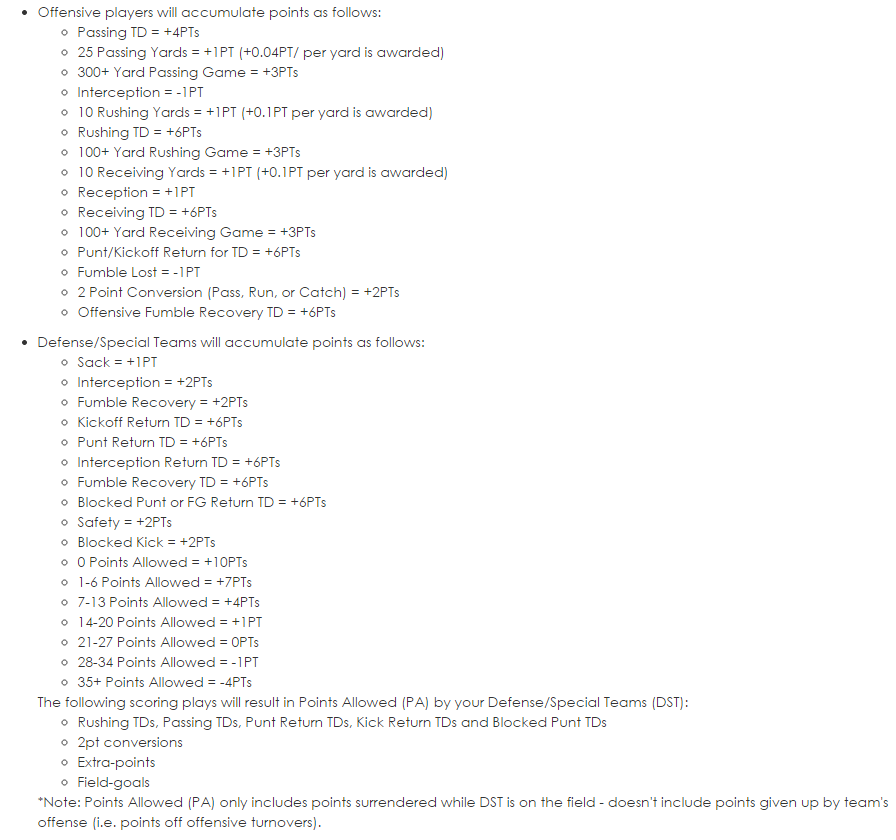 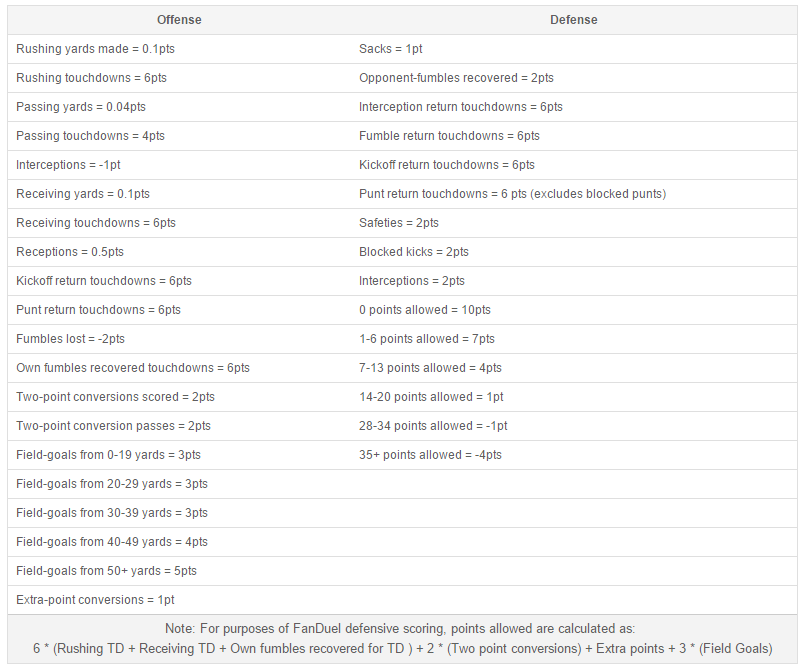 There are scoring similarities between DraftKings and FanDuel for NFL daily fantasy games, but like in their NBA and MLB games, there are also differences. The first that stands out is the scoring bonuses available for hitting various yardage plateaus on DraftKings (100 yards rushing, 100 yards receiving, and 300 yards passing) that aren't available on FanDuel. Yardage is otherwise scored the same between sites. With that groundwork laid, it becomes clear even though touchdowns carry the same point value on both sites, they comprise a larger percentage of scoring on FanDuel. The result is touchdown vultures (Mike Tolbert, I'm looking at you) having more value on FanDuel than on DraftKings.