Post all your AT&T Pebble Beach Pro Am questions in this thread!

Still early in the week, but have whipped up a DK GPP lineup. With the golfers guaranteed three rounds, is it a good week to go stars and scrubs? Thoughts on better value guys, and also Kevin Na?

Hey Jason, thanks for posting.

My strategy when players are guaranteed three rounds, is to focus on stars and scrubs lineups. The cream tends to rise to the top in these tournaments, which reduces variance and should give you four rounds out of your top players.

Birdie average and par breakers are two good metrics to take a look at, with the "scrubs" who grade out well there being guys I want to focus my attention on.

With that in mind, I think your lineup looks solid. Hubbard and Glover are both inside the top 100 in Par-Breakers, which is good considering the price you are paying for them. Na sits in 15th in the same category, so I like him from that perspective. DJ is 4th, and Mickelson is 6th, so I think you did an awesome job there.

Overall it looks really good on first pass...I am running my metrics report now, so I will post with some of the other sub 7K guys that should provide a lot of value.

One of my favorite guys to play each year at Pebble Beach is Bryce Molder. He has excellent course history and is coming off a strong showing at the WM Phoenix Open. His price of $7700 might seem inflated, but given course history and current form, he is actually great value this week.

Thanks for breaking it down BJ!

Have picked it up a little more this year, but still a newbie haha. Thanks for the feedback, and your articles are always solid info. I will be back with a few lineups once I research a little more.

Stars and scrubs is definitely a solid strategy in GPP's this week for all the reasons BJ outlined. I really like some mid range players for cash and GPP though where I've ended up making a lot more balanced lineups than I anticipated.

If it was a cash game I would say drop down from Mickelson and upgrade from Hubbard or Glover, but that GPP team has a lot of upside and I can almost guarantee it will be a unique lineup. Bill Haas for $8,200 is a steal - he's consistently been a beast on California tracks, although he hasn't played this even in awhile.

My favorite scrub of the week is.....

Good Luck out there! 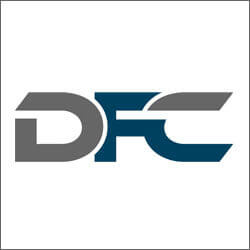 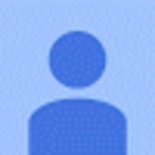 That's a nice looking team, I'll give you a couple of my thoughts on it

DJ is a great play, and usually with his good course history I would think he would be a popular play, but he might not be this week which will work in your favor - With Spieth only $900 more, I think players will just pay up for Spieth, or drop down from DJ to a guy like Phil (who I'm fading) or Jimmy Walker

I love the Haas, Na and Cauley plays - Molder is a buzz player this week, but I think he's actually overpriced for his limited skill set - I think he has potential to be very highly owned, and I like a lot of players around or below his price range better like Russell Henley, Will Wilcox (will also be a very popular gpp play) and James Hahn

Ben Martin really screwed me last week, missing the cut by one shot, but that's not the reason I'm fading him this week, his stats on Poa Annua grass aren't very good, he historically plays much better on Bermuda - In that range I prefer Steve Stricker, Pat Perez or Sean O'Hair - In the end, it's probably better to go with your gut, but those are my two cents, good luck this weekend!

I am a newbie when it comes to PGA and play on FantasyHub. It looks like they have a little tighter pricing and this is what I have come up with for a GPP.

Summerhays is probably my favorite play of the week based on his salary, if you're playing cash games he's a lock for me - Reed has a legit shot to win the tournament IMO, he will be able to attack these pins with his precision iron game, and has a good course history here - I'm not a big fan of Bohn this week but that price is just too low to pass up, and I don't think many people will be on him

I have yet to play PGA on FantasyHub, but I will assume the scoring lies somewhere between DK and Aces. With three rounds guaranteed for all your players, the strategy will stay the same.

Your roster is pretty strong overall, but I think it lacks some punch on the top end. I am a big fan of both Koepka and Reed, but I would be surprised if either of them wins this week. The tournament has typically been won by seasoned veterans who have played the courses quite a few times. It is a rotation, so each golfer plays Pebble Beach, Spyglass Hill and Monterrey CC the first three days.

The last four winners have been Mickelson, Snedeker, Walker, Snedeker. DA Points won in 2011, so it is possible for a middle tier golfer to break through, but I wouldn't count on it.

If I could make a move, I would go up from Koepka and down from Palmer. I think it's worth spending on Snedeker this week given his current form and fantastic course history.

I like the plays in the bottom tier, Summerhays is consistent and finished T45 and T19 the last two years at the AT&T. Kim and Bohn are both grinders, and the three day cut should work in their favor.

I really like Kevin Na this week, as his price is affordable on most sites, and I think he will finish in the top 10. Palmer is always a great GPP play early in the year, when he gets in a groove he can post low numbers.and compete with anyone in a birdiefest, which is exactly how the tournament is shaping up to be.

I think the lineup as is would be great for cash games, I just worry about one of those players actually winning the tournament.

****EDIT: Reed is a top talent on the rise, I don't expect him to win, but I can't argue with Ryan's logic...he has a game that travels well and he should fare well over the three different courses. I just happen to prefer Snedeker, or DJ given their course history.

Appreciate all the info Ryan and BJ. Going off the notes above, I built this one a little more balanced. Thoughts on the construction? Enough mustard in GPP's?

Thanks guys. I will look at making changes and post my new lineup

GPP DK YOUR INSIGHT PLEASE! I'M NEW TO GOLF THANKS

I am new to golf dfs as well. Here is my cash game lineup for this week on draft kings. My main question is whether I should switch Hahn for Summerhays? Any other input would be appreciated.

Hey StanMarsh, I love all the players in that lineup, I would even play it in cash games!

embaptiste2881, that lineup is definitely playable in cash - I prefer Summerhays to Hahn but both are in good shape this week, and Hahn is in better form - Holmes and Na are great anchors

I know this is a little late but I wanted to get some feedback on my gpp lineup for drafkings. I went with a fairly balanced lineup and faded sneds in this one because I assume he will be the highest owned. 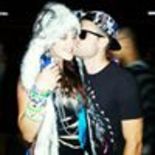 I know Ryan wasn't high on Bohn, but loves everyone else. Russell Henley, Will Wilcox (will also be a very popular gpp play) and James Hahn were some guys he was on in a similar price range to Bohn.

It might be tough to catch them this morning for a full breakdown, but Ryan (ArtVandelay10) wrote this up for us. https://www.dailyfantasycafe.com/golf/pga-pin-seeker-2-10-16