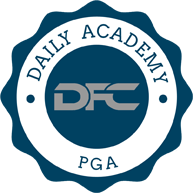 There are two variations of DFS Golf contests that run each week, Guaranteed Prize Pools (GPPs) and Cash Games (50-50's, Head to Head etc.) While the scoring and salaries are identical, the strategy for lineup construction is quite different. GPPs are all about building unique lineups that focus on high upside, high variance plays that would allow you to beat thousands of players. On the contrary, I build my cash game lineups with a high concentration of players that hover right around the average salary ($8,333 on DraftKings), and I rarely deviate into sleeper plays. Your focus when building cash game lineups should be to minimize variance and find the players who are going to make a high percentage of cuts and finish in the top 20.

The four data points I look at each week are: Player Salary, Cuts Made, Current Form and Course History.

When the salaries are released each week, the first thing I look for is large pricing gaps. These gaps are indicative of two things, Average Player Points (APP) or Player Percentage Owned (PPO). Since we are less concerned about PPO when building cash game lineups, the key is to finding the players who are on the lower side of a large price gap, but are close to the next player in APP. Generally speaking, I have two approaches to building cash game rosters. The first is to pick players who are in the 2 nd or 3rd tier of salaries, paying close attention to not spend more than $9,000 on any player. This allows me to build a balanced roster that performs consistently from week to week. Through the 2015 season thus far, only three players have won a tournament while having a salary between $7800 and $9000. On the flipside, there have been over ten top 3 finishes, while also racking up top 20 finishes week in and week out. This is the classic “The Sum of the Parts is greater than the Whole" argument. On their own, they may not win, however when combined into one roster, they will aggregate more points than an unbalanced roster.

My second approach to roster-building is to spend on the top tier of salaries, making sure to only pick one player whom I think is an overwhelming favorite. This is a much riskier approach, as you are forced to balance your salary by taking players under $7000. I have one rule of thumb when doing this. If you are going to spend, then SPEND. This means, don't mess around with taking the 5th or 6th most expensive player, as every dollar that the salary decreases, the odds of that player winning greatly diminishes as well. The only reason you are spending on a top player is that you expect them to win, or at worst, finish in the top 3. If they don't have a top finish, you are putting a lot of pressure on the rest of your lineup to make up the slack, which will be very difficult considering you had to balance out your roster. Jordan Speith is the prime example this year. With twelve top 10 finishes, Speith is the favorite every time he tees it up, especially in events where the field is not made up of the top players in the world (The John Deere Classic). He will cost a pretty penny each week, but there is no substitute for winning an event. DraftKings awards 30 points to the winner, which is the equivalent of ten birdies. For your opponents who don't have the winner, this is a hole that is difficult to make up without having multiple top 20, top 10 and top 5 finishers.

Without a doubt, the most important data point you need to pay attention to is “Cuts Made". If you can have all six of your golfers advance through the cut, your chances of winning increase dramatically. I have several resources that I use to research “Cuts Made", but the one constant is using the odds that are set in Las Vegas. Each week, Las Vegas sets the odds to win and to make the cut. I know from experience that Vegas uses both “Current Form" and “Course History" to build out their odds each week, and subsequently, these odds are used to generate salaries. This is where you can start to beat the sites at their own game, as I mentioned above, PPO is baked into each salary. If you research the odds for cuts made, you may see two players with the same odds but with different salaries. In addition to APP, you can exploit these differences by picking the player with the lower salary. Trust me when I say, DFS Golf is beatable if you learn to exploit these small discrepancies in salary.

This is the age old debate of DFS Golf. Do you trust Current Form or Course History? Current Form is how the specific player has fared in his last five tournaments. Course History is how the player has fared at the last three to five events played at that specific course. This is an important question to note, as the skillsets of each player matches up differently with each course they are playing. While I may not have a definitive answer to the question, I can tell you how I go about deciding each week. I like to segregate each tournament into a specific group. I group them by the average winning score and the average score that made the cut over the last three editions of that tournament. This gives me a good idea of whether the player has to make a lot of birdies to win or make the cut, or whether par is rewarded as a good score. In my research, I have found that the higher the winning score, the more Course History is rewarded. Conversely, the lower the winning score, the more I pay attention to Current Form. I use (-10) and (-16) as the breaking point for winning scores, so as the winning score approaches or breaks each threshold, it will dictate to me which player characteristic is more important.

As with any type of research, there are outliers and exceptions to each rule, however cash games are more about consistency then they are upside. If you are making the correct decision 7 out of 10 times, then you will be successful, and in turn, profitable. Each week when I make my picks, I will make note of players in the middle and bottom tiers and justify those decisions by either Current Form, or Course History.