Houston is on the horizon of being a dominant AL team, and it just might happen this year. They are loaded with promising young stars, alongside guys like Jose Altuve, Carlos Beltran, and Josh Reddick -- who are established players already. The rotation has some question marks, especially on the injury front with Lance McCullers, who has one of the highest ceilings of any young arm. Dallas Keuchel had a down year after his stellar 2015 season. Home runs were above his career norm, and his strikeouts dropped back down to a more career average. Keuchel is a solid groundball pitcher, and suffered from home-road splits. Keuchel finished the second half, allowing a .286 wOBA, but had injury issues. The offense might be asked to carry the way for Houston to have a shot at the playoffs.

Minute Maid Park is giving way to the hill out in center field, and flattening it out. This will bring in the centerfield wall a little bit, but it is a still a long ways away. Minute Maid Park is friendly down the lines, with just a 315' mark in right, and a 326' mark in left. Extra base hits and homers are enhanced on both sides, while runs remain pretty average. Looking at 2016 numbers alone, expect a big jump in numbers at Minute Maid this season. I will tend to stay away from fly ball pitchers here, and load up on opposing hitters.

In the years of DFS, we have seen a very solid Dallas Keuchel, and a less than exciting Dallas Keuchel. 2017 should be a balance of in-between. Keuchel boasts a solid groundball rate, but just an average strikeout rate. The shoulder might be an issue at some point this year, but only time will tell. At a correct price, Keuchel can be a reliable arm. He is not an arm to overpay for, even on small slates. ERA estimators had him a bit unlucky last year, but if you are not missing many bats, luck is going to come with the game.

Lance McCullers is a hot topic, and we are going to put all injury question marks aside. McCullers has electric stuff, and has all the tools to be an elite arm. Over 81 innings last season, he had a 57.3% groundball rate, and a 30.1% strikeout rate. At just 23 years old, we will still get some growing pains as the season goes on. Four of his fourteen starts went for double digit strikeouts. As long as he is healthy, he will be a strong high upside option.

Collin McHugh and Mike Fiers are somewhat similar fantasy arms, except McHugh has a little bit more strikeout upside. McHugh had a 4.34 ERA last season, and a somewhat high .338 BABIP. I would expect him to hover around four, and in the high threes for an ERA this season. His strikeout numbers will remain pretty pedestrian. Fiers is battling for a spot, and is coming off a struggling season. He had a 4.48 ERA, with no real indicator of being any better. Home runs were an issue, and he had a 1% drop off in swinging strike rate. Given his low groundball rate, and high hardball rates, I will be staying away from Fiers this year. 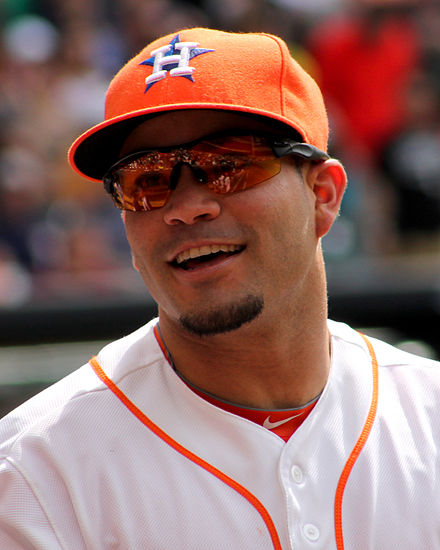 The Astros offense was a bit all over the place last season. The term boom-or-bust comes to mind, and I will keep that in mind in the early parts of 2017. This was already a strong offense, but adding Carlos Beltran, Josh Reddick, and Brian McCann is really going for it. Beltran is one guy I am not worrying about for age. I would not be surprised to see him put together another campaign similar to last season. Maybe a little less in the home run department, yet still above 20, nearing 25. Reddick should fine the pine for when southpaws are on the hill, but will have a bump in park factors against right-handed pitching. He struggled tremendously in a Dodger uniform, but did have a .371 wOBA off right-handed pitching last season. At 33 years old, McCann is trending downwards as an offensive catcher. For one, McCann has hit 20 home runs in nine straight seasons. He is still an impressive offensive hitting catcher. He receives a small downgrade in Houston, but not by much. He will often be a GPP target.

Jose Altuve and George Springer both had exceptional 2016 seasons, and leave no doubt to reproduce in 2017. Altuve hit 24 home runs last season, and stole 30 bases. This caught be off guard, while I pegged him around 10-15. I still will this season, but it won't shock me if that is the case again. He is a low strikeout candidate, and would love to see him pick up the steals a bit more. Springer crushed 29 home runs last season, and had 116 runs. He certainly can be 25 and 10 guy this year, but I would like to see the strikeout rate come down a tad. He mashed lefties, with a .400 wOBA, and a .286 ISO, and was solid in and out of Minute Maid.

We saw a little bit of Alex Bregman last season, as he boasted a .336 wOBA and a 112 wRC+ over 49 games. His .214 ISO was also impressive. Many are expecting a big leap out of him, due to him cutting down the strikeout rate, and getting a full season under his belt this year. Third base is a loaded position, and Bregman hasn't cracked the second tier yet for me, but could very well do so this year.