The Mariners just missed out on the 2016 playoffs, and are in a good spot to contend this season. Seattle bulked up the top of their lineup, but not with power. Jarrod Dyson provides good speed at the top of the lineup, while also providing above average defense. Jean Segura likely won't produce Arizona like numbers, but is a great guy to hit in front of Cruz, Cano, and Seager. Seattle ranked fifth in runs per game, and will likely be a lock to remain inside the top ten this season. Seattle's rotation is sort of figuring out how to deal with pitchers losing their velocity. Felix Hernandez isn't the same as he once was, and Hisashi Iwakuma is turning 36 years old. James Paxton and Drew Smyly are intriguing 3-4 rotational guys.

Safeco Field held runs at bay last season, but it was liftoff for home runs, ranking sixth. This was a complete change from prior years, after being in the bottom half in home runs. As for 2017, I wouldn't be surprised to see it go back to more suppressing numbers. As for the sluggers, Cruz still enjoyed being away from Safeco, hitting 26 homers, compared to 17 at home. Robinson Cano also had a power advantage on the road. Getting these guys away from Safeco is preferred, but at home is a great way to get lower ownership on them. Drew Smyly is likely hoping that Safeco regresses back to being a pitcher's paradise.

Felix Hernandez had a decreased velocity and below average strikeout numbers. 2017 is a big year for Hernandez, as he could just be a diminished stud pitcher, or a bounce back candidate. Hernandez still had a 9.6% swinging strike rate, which is down by his usual standards. A 4.63 FIP and SIERA certainly don't lead to any indication of being unlucky. At 30 years old, it is hard to say if the decline is starting early, but it sure looked like it last season. Pitching in a friendly ballpark, Hernandez will still have his moments, I am just not as high on him as years past. In the daily world, we can have a wait and see approach.

Turning 36 in a few months, Hisashi Iwakuma being the number two starter in Seattle creates some issues. He is coming off of a season where his strikeout rate dropped 4%, and his hardball rate went up 3% from his career norm. Iwakuma became home run prone, and struggled against both sides of the plate. Iwakuma might draw some plus matchups against bad teams at home, but early on he is looking like a stay away arm against most.

James Paxton is a breakout arm to keep an eye on this year. He had a 23% strikeout rate last season, and a 2.80 FIP. He didn't walk many hitters, and kept the ball in the park. He carried a 3.79 ERA, but his .347 BABIP suggests he was a bit unlucky. His ERA estimators do as well. If he can keep a swinging strike rate in the double digits, he can do big things in Seattle this season. Drew Smyly is of similar nature, except his down 2016 creates a buy low effect. His home run issues remain the major threat to his blowups, and even in Tampa Bay, it wasn't enough to keep them at a low rate. Moving to the AL West should help a little bit, but he is still going to allow the long ball. Smyly has a career 10.2% swinging strike rate, and can dial up the strikeouts when need be. Smyly will be a solid tournament arm, and if he can find consistency in Seattle, I will like him a whole lot more. 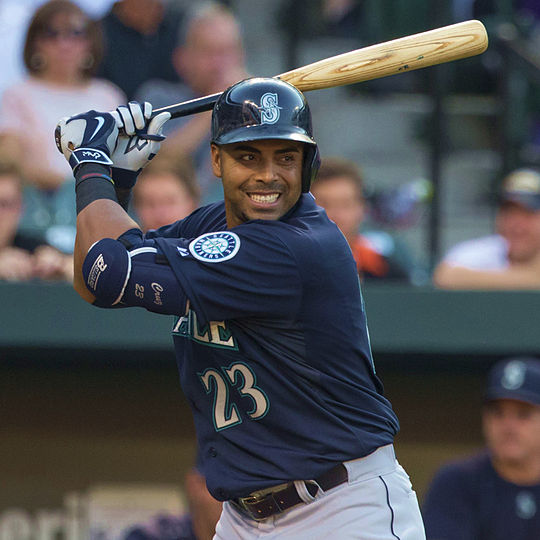 Despite the two studs listed above, this is a damn good offense. The offseason additions they made are also an improvement. They shipped out Taijuan Walker for Jean Segura, and landed Jarrod Dyson. Both will jump to the top of the order. Dyson is a good bet for speed, while if Segura can produce even at a shade less than his season in Arizona, he will be a solid second baseman. Nelson Cruz hit 43 home runs last season, and it is now his third straight year with 40+ home runs. At 36 years old, the drop off is coming soon. He is still a mid-30's home run hitter, and absolutely destroys left-handed pitching. He owned a .419 wOBA off southpaws last season, with a .351 ISO.

Cano set career highs in home runs, runs, and RBI. He set the bar extremely high for 2017, and will have a tough time duplicating. Luckily in the daily world, we won't have to chase his season long numbers. Cano is one of the elite left-handed bats in the game. Second base has become a bit loaded with top bats, yet Cano tends to draw lower ownership, especially when at home.

As far as what we can expect from Segura this season, come in with an open mind. His Arizona numbers were absurd. He stole 33 bases last season, and had 102 runs. He also hit 20 home runs. 12-15 home runs is a more accurate prediction, while the runs should be there hitting in front of Cruz and Cano. The SB shouldn't drop all that much.

Dyson brings the speed, stealing 30 bags in just 337 plate appearances last season. Dyson should lean closer to the 40 mark this year with his new team. If he is hitting leadoff, and it stays that way, he could be a huge value early on in the season.