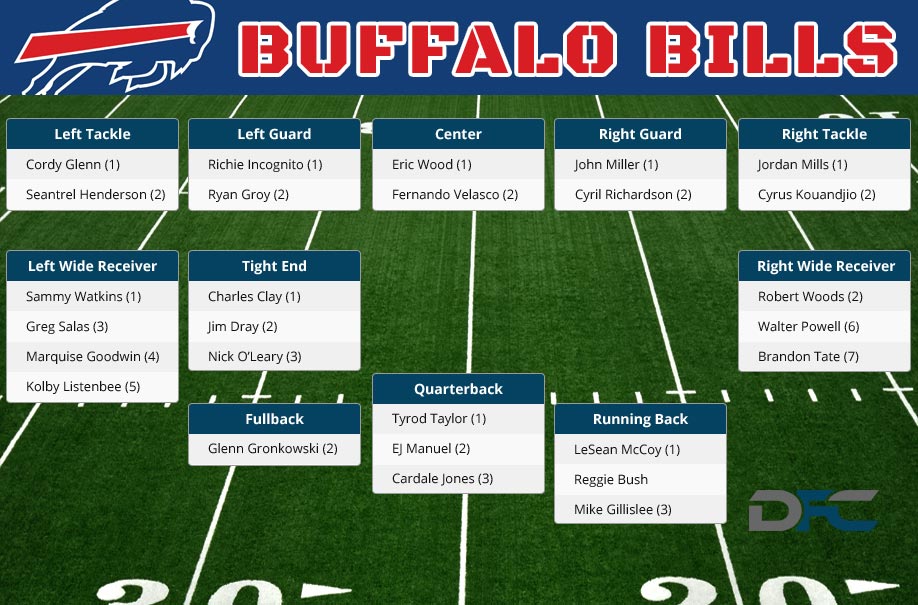 
Buffalo's offense remains somewhat unchanged from last season, yet we still are asking the same question. Will there be any consistent production outside of Sammy Watkins in the passing game? Robert Woods said he was playing with a torn groin in both his lefty and right side. So far in camp the Bills like what they see, and they will have a full offseason to develop with Tyrod Taylor. Outside of Watkins and Charles Clay, the passing game lacks a third option in Buffalo. Things are slowly building, and as we have seen in the past — they have barely had two options in the passing game. Woods could become a factor, but it is more hopeful than anything.

LeSean McCoy is still slated as the RB1 in Buffalo, after a somewhat lackluster year in 2015. He was banged up most weeks, which was why rookie, Karlos Williams, had an impact in his first year. McCoy rushed for 4.4 yards per carry, but had just three touchdowns. Speaking of touchdowns, Karlos Williams had nine. He also rushed for 5.6 YPC on 93 carries. Williams will be an interesting factor again if McCoy can't stay healthy. There is also belief that if McCoy has a subpar outing, that the carries could slip into Williams' hands.