The Vegas win total indicates the Blue Jays are projected to be a tick above the .500 mark. The offense was excellent in 2014 ranking fifth in team wRC+, and offseason additions could make this an even better offense this year. What that means for daily gamers is, the pitching, as a whole, projects to be suspect at best.

Rogers Centre is a hitter's paradise, and a pitcher's house of horror. Left-handed and right-handed batters alike get a hearty boost to hitting homers, 25% and 29% respectively, and doubles/triples as well, 32% and 19% respectively. The cumulative effect is a 5% boost in run scoring for both lefties and righties. Daily baseball gamers will turn to the Rogers Centre well often when filling out rosters this year.

It's hard to imagine a bigger catching upgrade than the one the returning pitchers from the Blue Jays will enjoy. Russell Martin was one of the better pitch framing catchers in the game last year, and one whose season low in games played over the last four years is 111 (2014). He's going to aid the Jays' hurlers in picking up more called strikes this year than they received with one of the worst pitch framers catching games in 2014. Dioner Navarro, last year's starting catcher, has voiced a desire to be traded. It seems likely he'll get his wish since there is always a market for catchers, and the Blue Jays could seek improvement to other parts of their roster by moving him.

1- Who will win the fifth starter job?

The depth chart for the Blue Jays at MLB.com lists Marco Estrada as the fifth starter, and he is the favorite to open the year in that role. It's unlikely he'll remain there the whole season, though. Estrada started 18 games last season for the Brewers and pitched in relief in 21. As a starter he totaled a 5.73 FIP, and as a reliever his FIP was less than half of that at 2.81. Estrada's tendency to allow fly balls at a very high rate (49.5% last season) has resulted in home run allowed issues. His gopher ball problems are what dreams are made of for daily baseball gamers, and targeting hitters facing Estrada (namely at home) should prove very profitable.

By season's end, others such as Daniel Norris and Johan Santana should get turns in the fifth spot in the rotation. Norris is far and away the more interesting pitcher of the two. He's a prospect with an electric arm who piled up a ton of strikeouts in the minors last year striking out 29% of the hitters he faced in High-A, 31.6% in Double-A, and 44.7% in Triple-A. Norris received a cup of coffee last year, so the lights shouldn't be too bright for him when he arrives for good at some point this season. Santana, unfortunately, is a long shot to have any value this year as he attempts a comeback from yet another serious injury.

2- How will designated hitter shake out?

This is a question that's unlikely to be answered in the spring. In the unlikely event Navarro isn't moved, he'll see some time as the designated hitter. The most likely scenario is that their 2014 starting catcher is dealt and a platoon is used at designated hitter featuring Justin Smoak and Dayan Viciedo. Smoak is a switch-hitter, but he's been much better against right-handed pitchers in his career than lefties (99 wRC+ versus right-handed pitchers and 82 wRC+ versus southpaws). Viciedo is a right-handed hitter who makes for a perfect platoon partner since he has a 124 wRC+ against lefties compared to a 84 wRC+ versus righties in his career.

This has the potential to provide daily fantasy gamers a pair of useful bargain picks, specifically in GPPs. Both hitters pack some punch, as as the park factors' write-up notes, Rogers Centre is great for amplifying thump. If Smoak and Viciedo fail miserably, the Blue Jays could opt to use the designated hitter spot to rest starters by giving them a faux day off. 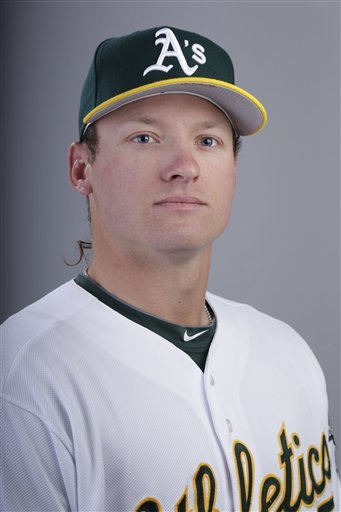 I'm drooling just thinking about the fireworks this offense is capable of. Jose Reyes kicks things off as a base-running catalyst and above average hitter who plays a position, shortstop, that's short on offensive talent. He'll be pricey every day of the baseball season, but his offensive abilities will make him worth budgeting for on a regular basis.

The uber-patient Martin will be a consistent table setter for the heart of the order, even when his batting average dips from the .290 mark he earned in 2014 to something closer to his .259 career mark. He should get a boost in power production moving from pitcher-friendly PNC Park in Pittsburgh to the Rogers Centre. He's been nearly equally good against lefties and righties, and he'll be in play many days this year.

The heart of the order, Jose Bautista, Edwin Encarnacion and Josh Donaldson, are a modern day Murderer's Row. All will be expensive daily baseball options, but all possess top shelf power, patience and run production potential thanks to the presence of one another. Designated hitter has been thoroughly addressed, leaving the bottom of the order.

Kevin Pillar could start the year in an everyday role, but when Michael Saunders returns from knee surgery (possibly before the end of April), a platoon makes the most sense. Of the two, Saunders is the most intriguing and could possess some bargain bin potential when facing right-handed pitchers. Maicer Izturis is a non-factor in daily baseball, and Dalton Pompey will need to move up the lineup to have value.

R.A. Dickey is the ultimate wild card. When his knuckler is dancing, he's a great source of strikeouts who can pitch deep into games. The problem is, it's anyone's guess what days his knuckle ball will be dancing and which days he'll be putting it on a tee for opposing hitters. His volatility and upside make him a solid GPP play, but a dicier cash games option than I'd prefer roster.

Marcus Stroman is the best pitcher in the rotation. His rookie season, 2014, began with him being used as a reliever, but he took off when he was used as a starter. As a starting pitcher Stroman pitched to the tune of a 2.79 FIP with a 5.5% BB and 21.1% K. Perhaps the best part of Stroman's statistical profile is his 53.7% ground ball rate. His ability to induce worm burners keeps him in play as an option even when pitching at home.

Drew Hutchison's name is the last one worth addressing. His fly ball tendency makes him a must avoid when pitching at home. On the road, though, his 23.4% K and awesome offense backing him put him in the usable options pile. He'll be matchup and ballpark dependent, but Hutchison should be on daily baseball gamers' radars.

Donaldson trades one top 10 offense for a slightly better one, but his stock is up primarily because of the change of home digs. The O.co Coliseum has right-handed park factors of 103 for doubles/triples, 87 for homers, and 101 for runs. Take another gander above at the Rogers Centre's park factors. He gets a sizable boost to all three park factors, and he should thoroughly enjoy hitting behind OBP-machines Bautista and Encarnacion.

Going from a full-time starter to a reserve is the simple explanation for the down arrow next to Navarro. It's not the only reason, though. Assuming he's dealt, it's difficult to envision him moving to a better offense and/or a better ballpark for offense. What a bummer, Navarro was one of my favorite cheap catching options in 2014.

Stroman gives daily baseball gamers a somewhat under the radar burgeoning stud pitcher. That said, it's the offense that will get the attention of the daily baseball community. A mix of studs and potential bargains will provide folks options aplenty to flesh out rosters. And when I say studs, I mean elite hitters.

One viable, albeit expensive, strategy is mini-stacking the three-through-five hitters in this lineup. The optimal stacking opportunity will be against left-handed pitchers when the Blue Jays play at home. Bautista doesn't have enough at-bats since 2012 to be a qualified hitter, but if he did, the three-through-five hitters would all crack the top 15 in wRC+ against southpaws in that time frame. Furthermore, they'd all crack the top eight qualified hitters in ISO since 2012. I imagine this trio of hitters, with a mix of value picks to offset their steep cost, will win some gamers a few GPPs this year.