Projections - Consistent DFS winners need reliable projections, and DFC offer projections for MLB, NFL and NBA. On the projections pages gamers can see all of the pertinent information such as Vegas info, opponent, game location, salary and, of course, projected fantasy scoring output for each player. The columns are sortable, making the tool interactive. There are no junk stats going into our projections, only the relevant info needed for the sharpest projections.

"Colossus" Lineup Optimizer - "Colossus" is a tool that builds the highest projected scoring lineups while remaining under the salary cap restrictions and abiding by the selected DFS site's lineup guidelines. "Colossus" is available for MLB, NFL and NBA lineup construction and uses DFC's own projections to craft the highest projected scoring rosters. Users have the option to import their own customizable projections as well as tinker with a variety of settings such as filtering by game, over/under projection and more.

Cheat Sheets - The Cheat Sheets for CFB, MLB, NBA and NFL provide the top plays, value plays and contrarian selections. There are easy to understand icons that illustrate why each player is touted, tiering to indicate which plays are the top options and individual player analysis to fully explain the rationale behind the selections among other goodies.

Stack Generator - Stacking is an integral part of winning lineup building in MLB and NFL, and Stack Generator creates between 1 and 100 stacks using DFC's scoring projections to present only the highest project scoring stacks. Users can customize the number of players included in stacks. There are also a number of other filters users can adjust to cater to their specific stacking wants and needs. Users can select and save their favorite stacks from Stack Generator and import them into "Colossus," creating the ultimate scoring lineups.

NFL Vegas Point Totals - The NFL Vegas Point Totals tool is a simple to digest landing page that features the home, away and game totals for each matchup. An easy to understand color scheme makes identifying the most fantasy-friendly matchups easy as could be. Games or teams with low over/under totals are highlighted in red, and they typically make for poor games to target for fantasy scoring. Games and teams with average over/under totals are highlighted in yellow, and finally, games and teams with large over/under totals are highlighted in green, and those are the games likely to provide the highest fantasy scorers and most fantasy relevant players in that week's contests. Each of the columns is sortable, which makes it even easier to locate the most fantasy-friendly games and teams of the week.

MLB Lineup Tool - No need to follow every MLB team in order to find out what their lineup will be for a given night. Out MLB Lineup Tool presents each team's lineup as well as weather information for each contest. Eating a zero from a player with the night off is simply unacceptable, and using our MLB Lineup Tool will make sure you're only using players penciled into their team's lineup.

NBA Vegas Point Totals - If you're looking for fantasy scoring, picking players from games with high/over under totals is an advisable move. Conversely, if a game has a low over/under total, scoring could be limited. The potential of a blowout also needs to be taken into consideration when selecting players. This tool uses simple color coding to identify bad (red), average (yellow) and good (green) totals/spreads in an easy to read and interactive/sortable table.

Salary Exploitation - Maximizing your salary cap is necessary to win money consistently in DFS, and the salary exploitation page highlights the top bargains at EIGHT different DFS sites. Easily compare the salaries across the industry of your top plays and see if a player stands out as being especially valuable at a certain site.

MLB Park Factors - Every baseball stadium is created differently, and each has its positives and negatives for certain players. This tool helps narrow down the best parks for pitchers, left-handed hitters, and right-handed hitters. You have the option to view these various park factor stats in a sortable grid, or larger stadium view. 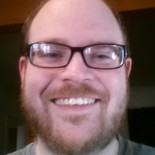 Thanks for breaking everything down Josh.